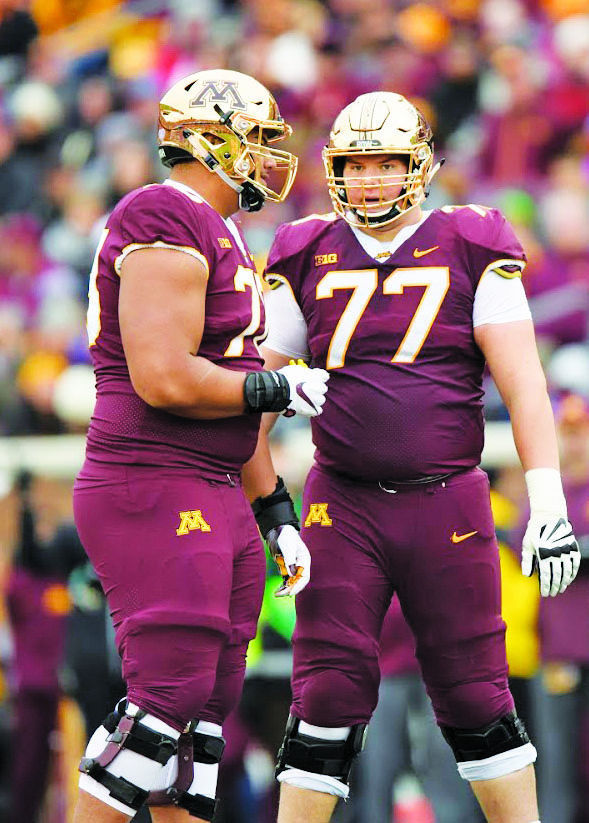 MINNEAPOLIS – The Minnesota football program had three student-athletes honored as 2019 CoSIDA Academic All-District first-team members. This honor recognizes the nation’s top student-athletes for their combined performances on the field and in the classroom.

Andries is majoring in Mathematics and is an aspiring actuary. The sophomore has played in 22 career games and has helped anchor an offensive line that has enabled Minnesota to run and pass for more than 20 touchdowns in each of the last two seasons. That is the second time since 1955 that Minnesota has consecutive seasons with at least 20 passing and rushing scores.

Renner, who started his career as a walk-on, has already graduated with a degree in Applied Economics and is now working on his Master’s of Accountancy. Renner starts on the defensive line for the Gophers and has 28 tackles, which includes 3.5 tackles for loss and 3.0 sacks this year.

Winfield Jr. is majoring in Business and Marketing Education. He is an electric playmaker for the Gophers and has made 57 tackles this year and tied a school record with seven interceptions. He also has 2.0 this season and has scored three career (1 punt return, 2 interception returns) touchdowns.

Stores focus on cleaning to get shoppers back to spending