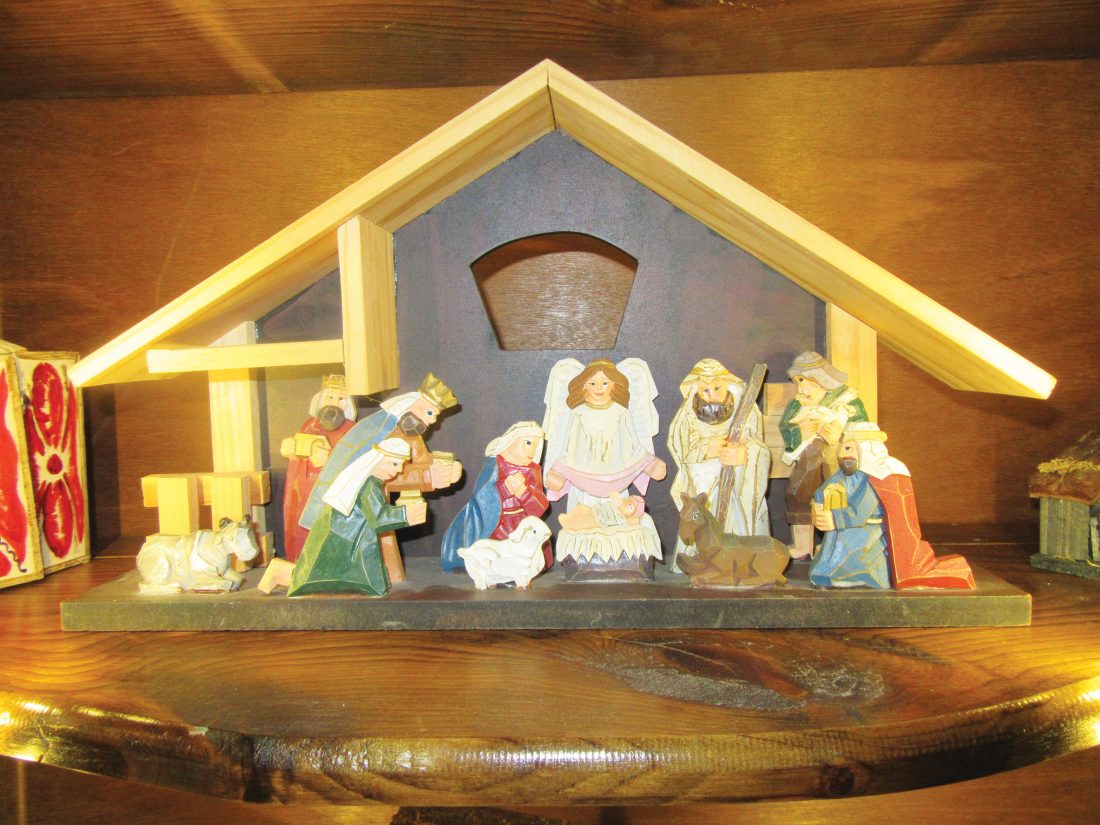 The Heritage Room Christmas Display, which has over 60 nativity scenes, can be viewed through the end of December. Some nativity scenes are donated to the Lyon County Museum and some are on loan by area residents.

The Heritage Room Christmas Display features over 60 nativity scenes. The display and the seventh annual indoor Christmas Tree Walk can be viewed through New Year’s Eve.

“The museum is open on Christmas Eve, 10 a.m.-5 p.m., said Jennifer Andries, Lyon County Historical Society executive director. “Families like to come to the museum as part of their Christmas tradition.”

Andries said the Christmas display in the Heritage Room h as gotten “good responses” from visitors.

The nativity scenes were gathered and arranged by museum volunteers Beverly Kenyon and Ann Carrow.

The Heritage Room is changed four times a year and Lyon County residents bring in their collections for display, said Carrow.

Kenyon recalled how the nativity scene collection came about.

“In April a group had come to the museum to hear Mark Schwanebeck talk about his pipe collection,” said Kenyon. “I asked a lady who traveled a lot if she had any collections.”

At first she said she didn’t, but then she remembered she had nativity scenes.

That was the start of gathering more.

“It’s word of mouth,” said Carrow. “We really like to get the community involved.”

“It always falls into place,” said Kenyon. “Southwest Minnesota has such friendly people who always come through. The museum looks so beautiful. The area should be proud to have it.”

Some nativity scenes have been donated to the museum and others are loaned. In addition to pipes, Schwanebeck has a collection of nativity scenes some of which are on display in the Heritage Room. An Alaskan scene and Hawaiian scene are next to each other. A scene from Norway is across the room.

“We have a Hummel nativity scene from Germany which was donated after Loretta Neisen passed away,” said Kenyon. “Mrs. Joanne Vandeputte donated a beautiful ceramic scene. It’s on a gold and red tablecloth.”

There is an angel tree with angels donated by Esther Johnson, who was a teacher in Marshall, said Carrow.

Displayed on top of a piano outside the Heritage Room is the nativity scene donated by Christ Evangelical Lutheran Church, said Andries. “It was given to the church by Robert Schwan.”

Lyon County residents who have a collection they would like to share for displaying at the Heritage Room should call the museum at 537-6580.

“One display doesn’t have to fill up the whole room,” said Carrow, “but it could be part of a theme.”

Court: Some employers can refuse to offer free birth control