One piece at a time

Life can be puzzling for a Green Valley man 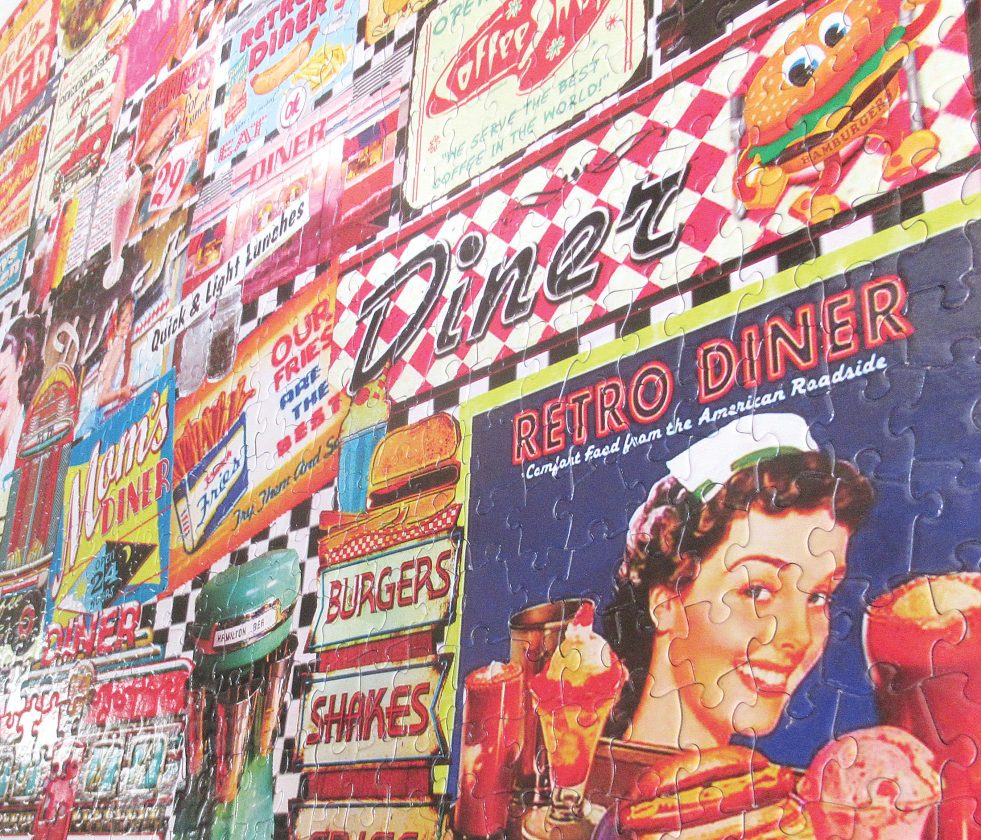 Anyone who’s ever attempted a jigsaw puzzle knows that it takes plenty of time and patience to achieve the main objective.

Dan Labat of Green Valley knows that lengthy process from many hours of step by step assembly. Eventually those hours produce picture perfect results from piles of interlocking pieces.

“It keeps me busy, especially in the winter when there’s not as much to do,” Labat said. “Sometimes I’ll spend four or five hours a day working on one of them. They’ve gotten easier with practice, but it still takes time. That’s part of the reward.”

Jigsaw puzzles became a hobby for Labat after a kidney transplant in 2012 put some limitations on his ability for more physically demanding leisure activities.

He cut back to part-time hours with his truck driving career. He also modified his involvement in farm-related activities and outdoor sports.

As a place for puzzle assembly, he and his wife Sandy (Bjornebo) Labat chose the back entry of their home on Robinson Street in Green Valley, which they’ve owned since 1974.

It includes an antique desk with ties to Green Valley’s history as an un-incorporated town four miles north of Marshall in Fairview Township, Lyon County, next to Minnesota Highway 23. The desk has been part of the community since the early 20th century when Green Valley included a train station, grain elevator and post office.

“It’s got plenty of space for sorting puzzle pieces,” Labat said. “I like also having the view of our yard and driveway, how it changes depending on the seasons.”

Each puzzle becomes one of the goals to reach in the near future. Another important part of any year is travel, since Dan and Sandy enjoy spending time with their family and traveling on vacations.

“My truck driving took me almost everywhere in the continental United States,” he said. “Since I’ve been mostly retired we’ve taken a trip to Hawaii. We’ll be going to Alaska this year, so that means I’ll have seen all 50 states.”

Later in his career he drove for other Marshall-based companies, including Floyd Wild Trucking and Doug Bradley Trucking.

In his years with Floyd Wild Trucking, he earned four consecutive safe driving awards (which could be given to a driver once every five years). He was recognized in 1993, 1998, 2003 and 2008.

He fully retired from truck driving in 2017. He now works part time as part of the West Side Elementary school cafeteria staff. He also enjoys helping friends and neighbors with farming, especially during spring planting and harvests.

“I enjoyed being on the road,” he said. “Montana and the other western states were my favorite places to go. It meant getting something done on my own and being my own boss.”

Dan and Sandy have three children. Their son, Todd, lives in Hibbing and also became a truck driver currently for Reinhart Foods. Their daughter, LouAnn, works for the Mayo health care network based in Rochester and their younger son, B.J., is a Redwood County sheriff’s deputy. They have four grandchildren and four great-grandchildren.

Dan’s first attempt at a jigsaw puzzle was much more than basic. He chose a puzzle with a pigs theme related to hog production, one that didn’t include a border. Without the framework as a starting point, the puzzle took about two months to finish.

“The jellybeans were the hardest one so far,” he said. “All the pieces looked alike, so the only clues were their exact shapes.”

He has several other expert-level puzzles ready for the winter of 2019-20. Examples includes one based on Lake Superior agates, another with a multitude of miniature lions framed in a super-imposed large lion, and a two-sided photo mosaic in which pieces might belong in either of the two sections.

He’s stayed within a consistent puzzle size, usually 1,000 pieces, since they’re small enough to be preserved and put on display. Most of the time a puzzle can be completed within two to three weeks.

Within seven years, they’ve filled up almost all the available wall space in his oversized garage. One possibility being considered for future puzzles is to give them as gifts to family members and friends, by matching each puzzle topic to the right person.

“Gifts are a good possibility,” Sandy said. “We’re running out of wall space for them. There aren’t any spots left in the garage except for the ceiling.”