This year, the American Legion celebrates a century of service 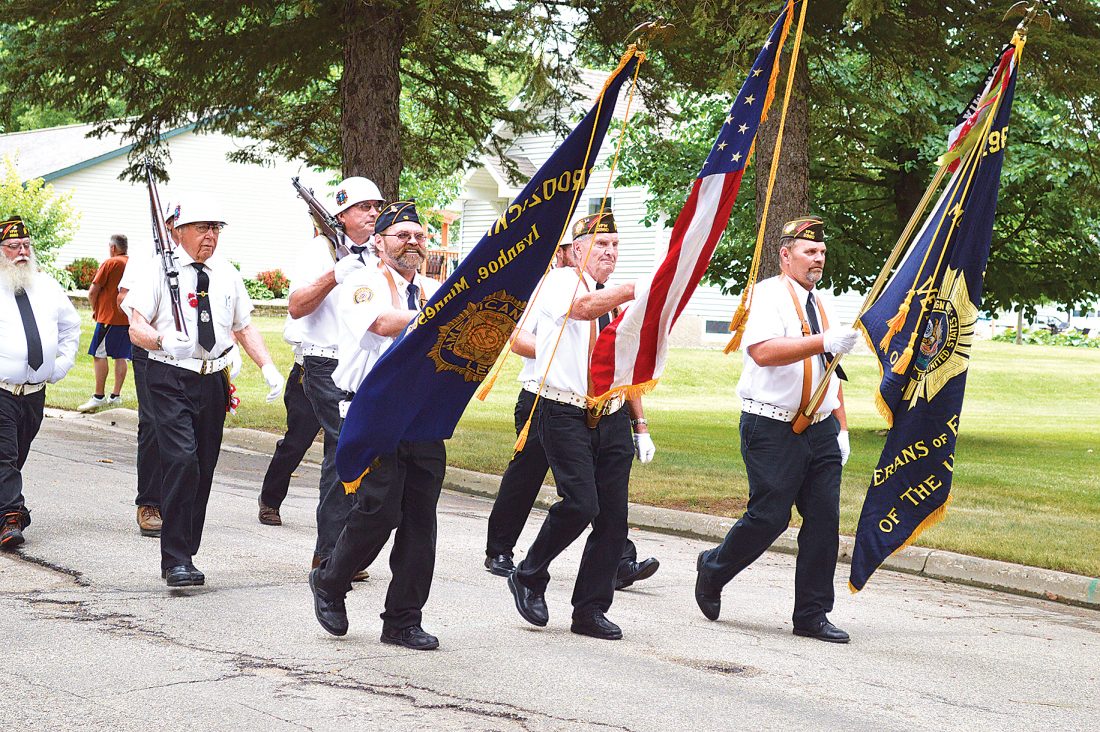 As The American Legion celebrates its 100th anniversary, there’s an opportunity to reflect on its past, evaluate its current status and look into its future.

Legion history reveals that the organization’s service to community, state and nation was initiated when members of the American Expeditionary Force convened at a caucus on March 15-17, 1919, in Paris, France. At a May caucus in St. Louis, Missouri, The American Legion was chosen from a list of 12 nominations as the group’s official name.

On Sept. 16, 1919, Congress chartered The American Legion as a patriotic veterans organization. The first Legion convention then convened in November in Minneapolis, where its Constitution and preamble were adopted.

“They met for the first caucus in Paris after World War I,” said Brad Pagel, commander of Post 64 in Slayton. “The first convention was in Minneapolis in the middle of a snowstorm. The Legion’s 100th convention was this past August and we’re celebrating all the way through the year.”

A century ago, community posts quickly started popping up across the country and around the globe — roughly 5,400 posts opened in 1919 and continue to operate yet today.

The American Legion is the largest organization and advocacy group in the country for war-time service veterans — with roughly 2 million members and more than 13,000 different posts. The posts are organized into 55 departments — one for each of the 50 states, along with the District of Columbia, Puerto Rico, France, Mexico and the Philippines.

In Minnesota, there are currently 70,000 American Legion members enrolled in nearly 540 posts. And each of those posts has their own story.

“There are so many different things American Legion donates to,” said Ken Versaevel, commander of Post 113 in Marshall. “We sponsor students for the Boys State and a couple for Girls State. We also contribute a lot to the Boy Scouts and we donate to Marshall High School for the scholarship fund every year.”

Versaevel said he’s been a Legion member for about 30 years and that the Marshall post currently has roughly 300 members. Along with a focus on camaraderie and service to others, Versaevel said financial contributions toward a variety of veteran-focused efforts has always been a priority at the local level.

“We donated to Action Trackchair to try and get a chair for veterans to use during day trips, to get out at Camden State Park,” Versaevel said. “We also donate to Quilts of Valor. There are lot of different organizations we donate to.”

American Legion members are also represented at military member funerals and at several annual observations such as Memorial Day and Veterans Day. Oftentimes, they work alongside Legion-affiliated groups such as Sons of the American Legion, American Legion Auxiliary or Legion Riders in addition to Veterans of Foreign Wars (VFW) and other veteran organization members.

“Our color guard does a lot of funerals,” Versaevel said. “We’re also there for Memorial Day at Liberty Park and for Veterans Day programs at the Adult Community Center and at nursing homes. Boulder (Estates) usually has a couple programs each year.”

Like most Legion posts, Pagel said Slayton also devotes time to thanking veterans for their service and honoring those who died while serving in the U.S. military.

“We honor our fallen comrades by providing the military honors,” Pagel said.

Some of the nationwide achievements the Legion has been instrumental in during the past century include: the creation of the U.S. Department of Veterans Affairs, the establishment of the G.I Bill, the enactment of the Agent Orange Act of 1991, veterans preference — basically the practice in which the federal government grants military veterans preference in job searches and the recruitment process, the establishment of veterans committees in both the U.S. Senate and House of Representatives as well as the establishment, in part, of the Tomb of the Unknown Soldier at Arlington Cemetery.

While it would be impossible to tally all the hours that present and former Legion members have put in over the years, there are tremendous numbers of legacies left behind as inspiration for the next generation of Legionnaires. For example, the late Cy Molitor, a former Post 113 commander, did everything he could to document history — whether it was researching genealogy, developing a local obituary database or writing the history of Minnesota Boys State — and encourage the next generation of leadership. The organization’s longevity has relied on people like that.

Pagel said District 2, which includes Post 64, encompasses Legion posts from 13 counties. As first-vice commander, he is currently in line to serve as the District 2 commander in the near future.

“I’ve learned so much and continue to do so the longer I’m involved,” Pagel said.

In August 2015, the 65-member Slayton Legion post spearheaded a project to pay tribute to past, present and future servicemen and servicewomen throughout the county, but especially to those with ties to Murray County. The Murray County Veterans Memorial features eight life-size statues and a main memorial connected by a single path.

“I believe it’s one of the biggest projects we’ve done,” Pagel said. “I wasn’t involved much when they started fundraising for it. But I’m really impressed with it. It turned out pretty nice.”

Pagel wishes he would’ve become a Legion member many years ago — he served in the Army from July 1987 to August 1991 — but he’s passionate about making up for lost time. On Wednesday, Pagel traveled to St. Paul to take part in Veterans Day on the Hill.

“One of the only things our elected officials put away their partisanship for is our veterans,” he said. “The whole thing is, if we don’t take care of our veterans, who will?”

While there are many veteran-related issues to monitor, maintain or advocate for — including the high number of veteran suicides –a bill expanding Legion membership was recently been introduced to the House and Senate. It’s called the Let Everyone Get Involved in Opportunities for National Service Act.

“Peterson said (the LEGION Act) has good support,” Pagel said. “It’s to eliminate the gaps in membership eligibility. Some people don’t understand that the Legion was chartered by Congress as a wartime veterans organization 100 years ago, so any changes they want to do to the charter has to be approved by Congress.”

Looking to the future, membership is critical. Serving as national commander during the centennial year, Brett Reistad is leading a “Team 100” movement into the second century — one with renewed dedication for membership, including past, present and future ones.

New American Legion members are especially needed to step into the roles previously held by those volunteering their time and efforts several decades ago.

“We have to go after the younger generation,” Pagel said. “There’s a big disconnect that needs to be addressed. It’s part of our re-education efforts — people don’t know what the Legion really does. We’re not just a bar and grill anymore. We do so much more.”