The selection was made by the College Sports Information Directors of America (CoSIDA) and recognizes the nation’s top student-athletes for their combined performances athletically and in the classroom. Both Grote and Bezdicek now advance to the CoSIDA Academic All-America® ballot, where first, second and third team All-Academic honorees will be selected next month.

Grote was one of three outfielders named to the 11-member team from District 7, which is made up of schools from the Northern Sun Intercollegiate Conference (NSIC), the Mid-America Athletic Association (MIAA) and the Great American Conference (GAC). It’s the second straight season she has earned CoSIDA Academic All-District accolades.

A native of Blair, Neb., Grote has compiled a 3.99 cumulative GPA in exercise science. She started all 16 games this season and batted .322 with seven RBIs and three stolen bases before the season was canceled in mid-March due to COVID-19. Grote has played and started 141 games in her four-year career and has compiled a .309 batting average with 146 hits, 89 runs scored, six doubles, three triples, two home runs and 27 stolen bases.

Grote will return for a fifth season with the Mustang softball program in 2021. The NCAA announced earlier this spring another year of eligibility for spring sport student-athletes effected by COVID-19.

Bezdicek was one of two pitchers named to the 11-member team from District 7.

A native of Plymouth, Bezdicek has compiled a 3.66 cumulative GPA in accounting. He started three games this season (earning three no-decisions) and recorded a 2.00 ERA in 18 innings with 29 strikeouts and just two walks. Bezdicek has appeared in 23 games with 21 starts in three seasons and has compiled a 3.91 ERA in 119 2/3 innings. He ranks first in team history with 11.06 strikeouts per nine innings and ranks seventh in team history with 147 strikeouts. 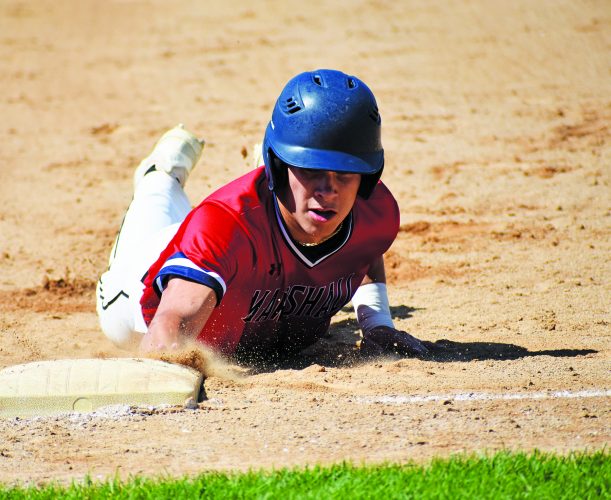