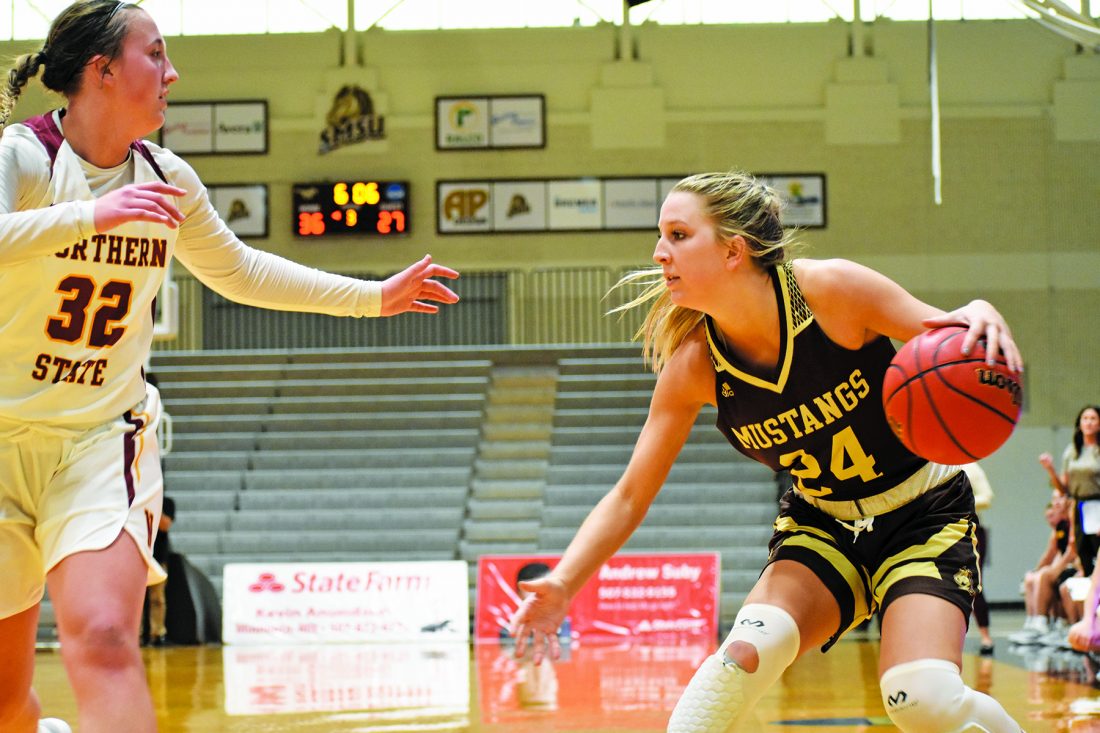 Independent file photo SMSU’s Erin Baxter dribbles the ball during their game against Northern State University on Saturday. The Mustangs will face Upper Iowa and Winona State this weekend.

•This weekend is the second meeting between the two teams this season. SMSU split the last time out, falling 74-58 to Winona State on Jan. 24 and defeating Upper Iowa, 76-51, on Jan. 25, both in the R/A Facility.

•The Mustangs are coming off a 2-0 weekend, and extending their winning streak to three games, with a 66-61 victory over MSU Moorhead last Friday before earning a 74-49 victory over Northern State on Saturday.

•With the pair of victories last weekend, SMSU surpassed last years win total. SMSU is two wins shy of tying the most wins since the 2009-10 season when they finished 15-12.

•Sophomore guard Jenna Borchers has connected on a team-high 55 3-pointers and leads the team in assists with 58.

•SMSU holds a one-game advantage at 14-13, although UIU has a 7-5 advantage of games played in Fayette.

•SMSU has never won six games in a row versus UIU.

•UIU is 3-21 overall and 2-16 NSIC and are on a six-game losing streak since its last victory on Jan. 18 over Minnesota Crookston.

•Nate Oakland is in his first season as head coach.

•The Warriors are on a four-game losing streak after falling to Minot State and UMary this past weekend.