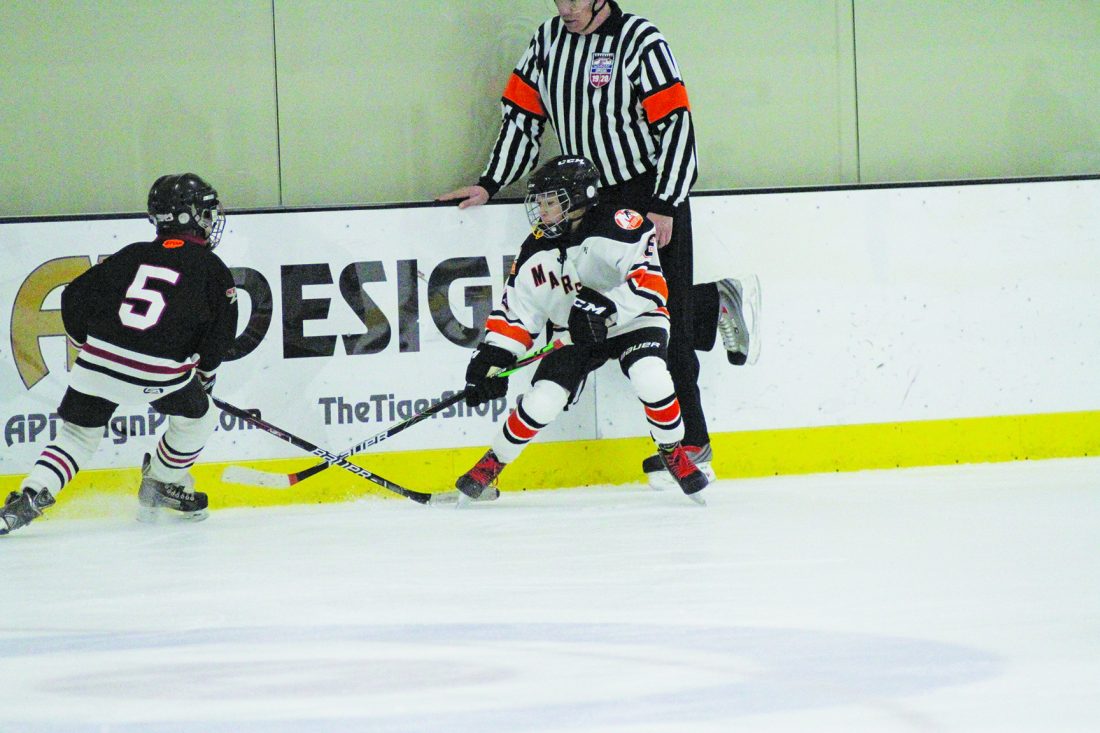 Photo courtesy of Alex Oey Marshall’s Gabe Widboom battles a River Lakes player against the boards in the Tigers’ 6-2 loss on Sunday.

MARSHALL — The Marshall Amateur Hockey Association Pee Wee B team played host to Fairmont and River Lakes over the weekend, falling 6-0 and 6-2, respectively.

The Cardinals extended their lead to 4-0 in the second before adding a pair in the third period for the 6-0 win.

Carson Becker made 50 saves in the loss.

On Sunday, the Stars struck first, but at 7:52 in the first period, Aiden Reinhart found Henry Horvath, who snuck one past the goalie on the stick side to tie the game 1-1.

River Lakes added another in the first and three more in the second to take a 5-1 lead. Brenden Weller opened the third period with a five-hole goal 36 seconds into the period, making it 5-2, but the Stars added another goal less than 90 second later to get their lead back to four. The Tigers held strong the rest of the game but were unable to mount any offense, falling to River Lakes 6-2. Justin Dwire made 23 saves in the loss.

Marshall has a full slate of games this weekend, playing host to New Ulm/Sleepy Eye on Friday, Windom and Redwood Falls on Saturday before finishing with Worthington on Sunday.