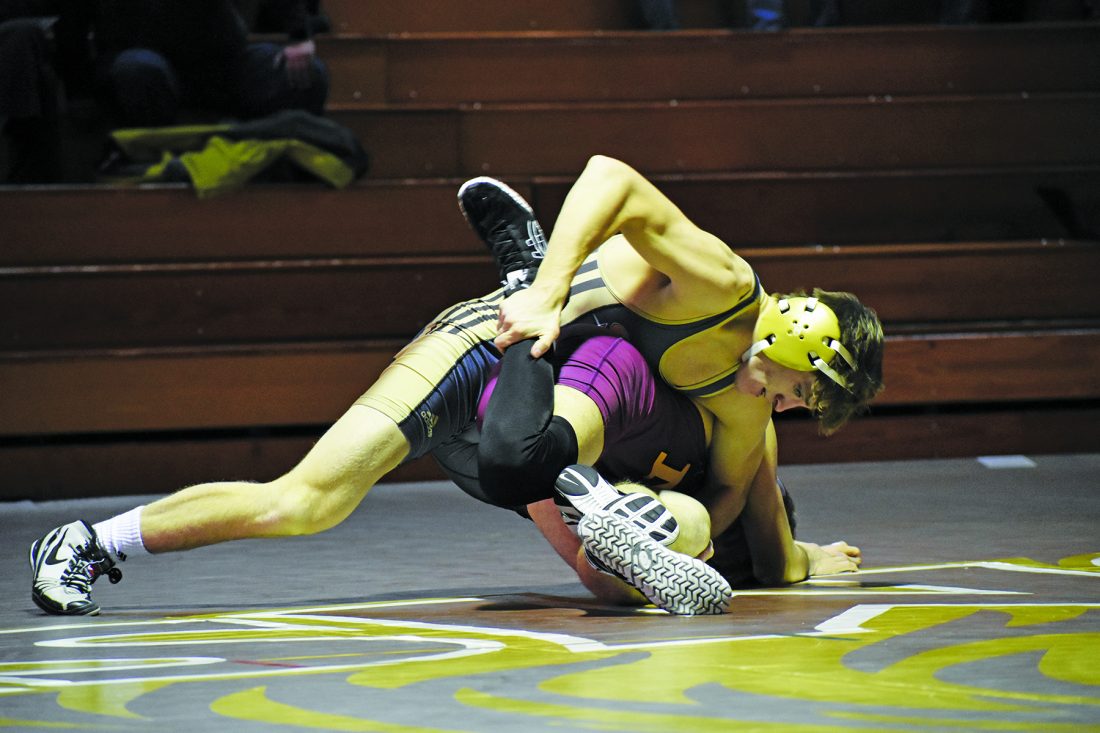 Photo by Sam Thiel SMSU’s Hunter Pfantz tries to pin his Northern State University opponent during their match on Friday. The Mustangs defeated the Wolves 18-14.

The Wolves were slated at No. 17 in the latest National Wrestling Coaches Association (NWCA), released on Jan. 1.

SMSU earned six bout victories in the dual and opened back-to-back victories as Hunter Pfantz (125) and Jackson Stauffacher (133) both claimed victories by decision.

Friday’s bout victory was the first appearance and first victory for Stauffacher.

The Mustangs held a 6-0 lead in the dual before the Wolves earned a victory by tech fall over Justin Sampson to one within one team-point early in the bout.

Robert Shields (149) gave the Mustangs another cushion with a 7-2 decision victory over NSU’s Garret Thompson to put the Mustangs up 9-5.

At 157, Nathan Moore fell 3-2 to James Burks as the Wolves brought the dual back to a one-point dual.

Jacob Backund, making his first appearance as a Mustang, earned a 3-1 decision victory over NSU’s Bryan Burnett to keep away the Wolves for another bout victory to put the Mustangs up, 12-8.

With two bouts remaining, Jackson Ryan earned a 6-5 decision victory over NSU’s Diego Gallegos to secure the victory after SMSU’s Andrew Petersen fell by decision in the final bout.