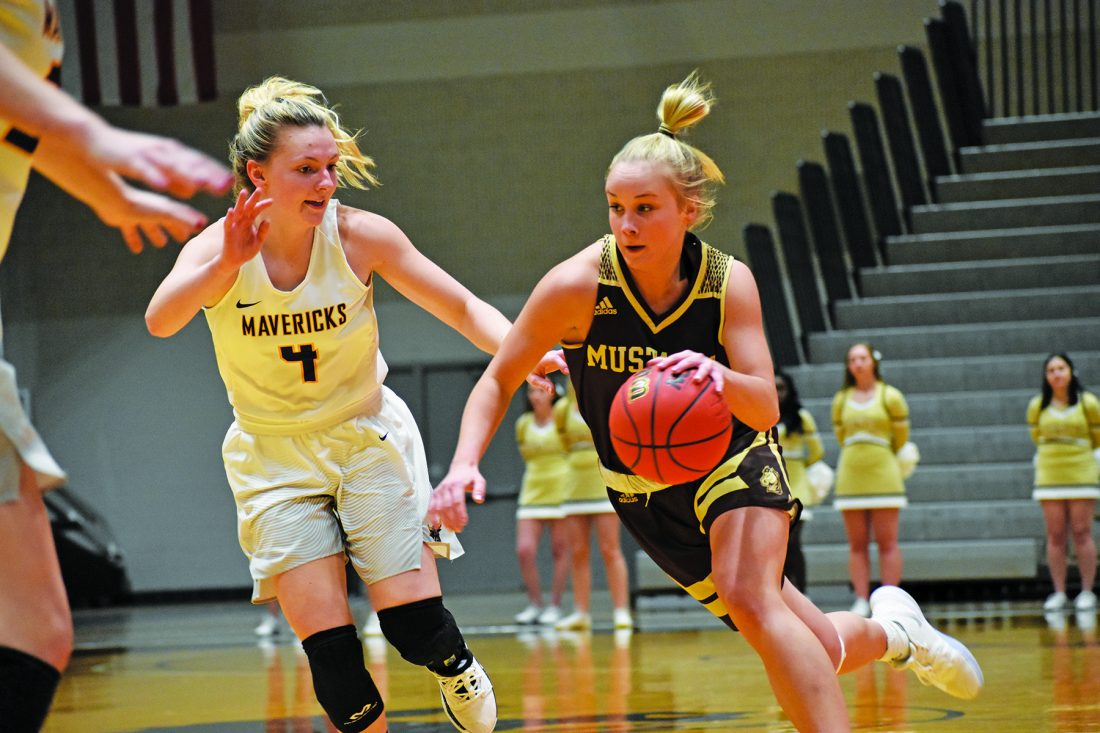 Independent file photo SMSU’s Sam Wall looks to drive past a MSU Mankato defender during their game on Saturday. The Mustangs will face Minot State and U-Mary this weekend.

•SMSU picked up its second conference victory on Saturday with a 78-56 victory over Minnesota State. SMSU went 1-1 on the weekend after a 79-62 loss to Concordia-St. Paul last Friday in a weekend homestand.

•This is the first meeting between the two teams this season.

•Akoi tied her own accolade of most blocks in a single-game (seven) versus Minnesota State.

•Sophomore guard Jenna Borchers has connected on a team-high 32 3-pointers and leads the team in assists with 31.

•Senior forward Caleigh Rodning has missed the last nine games with an injury.

•This is the ninth meeting in series history, dating back to the 2011-12 season.

•Minot State leads the all-time series 5-3 and has won the last two games.

•UMary leads the all-time series 11-5 and holds a 5-2 advantage in games played in Bismarck.

•The Beavers enter the weekend in search of the first conference victory of the 2019-20 season.

•Mark Graupe is in his third season as head coach and holds a 30-40 overall record.

•UMary is 12-7 overall, 6-4 NSIC, after splitting the weekend series versus Minnesota Duluth and St. Cloud State last weekend. UMary earned a 76-67 victory over UMD and fell 80-65 to SCSU.

•Senior forward Cassie Askvig leads the team in scoring at 21.1 ppg and is 85-of-102 from the free-throw line.

•Askvig was named NSIC North Division Player of the Week, announced on Jan. 13. Askvig averaged 34 points and 5.5 rebounds over the weekend.

•Sophomore forward Lexie Schneider is averaging 7.7 rpg and has 10 blocks.

•Rick Neumann is in his eighth season as head coach with a 118-104 overall record.