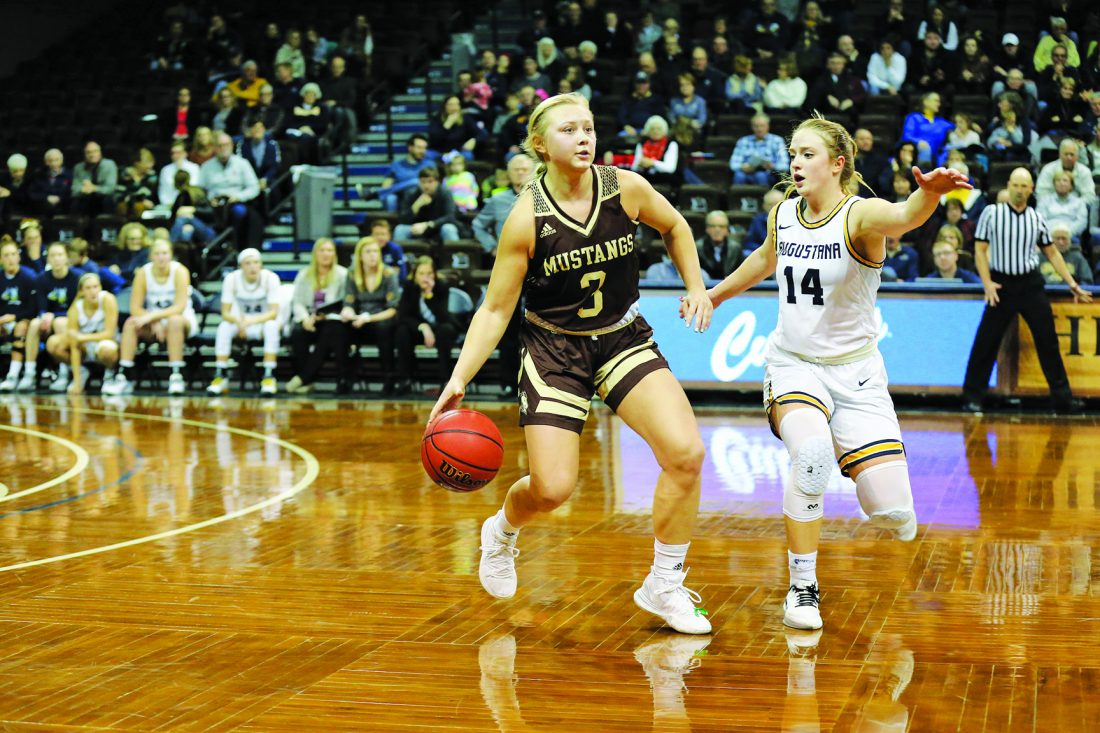 SIOUX FALLS, S.D. – The Southwest Minnesota State women’s basketball team triumphed over Augustana with a 60-55 victory, to earn its first conference victory of the 2019-20 season, at the Pentagon on Friday night.

It was the first victory over Augustana on the road since the 2001-2002 season.

The Vikings were led by Abby Hora who finished with 18 points.

The Mustangs used a 16-point lead, advanced in the second quarter, to hold on to the lead at the end of the first half with a 30-18 lead.

SMSU held on to the lead despite Augie making it a one-point game with under four minutes to go in the fourth quarter. A layup from Borchers would put the Mustangs back up to boost SMSU back to victory.