SMSU WOMEN’S BASKETBALL: CSP pulls away in fourth quarter for victory over Mustangs 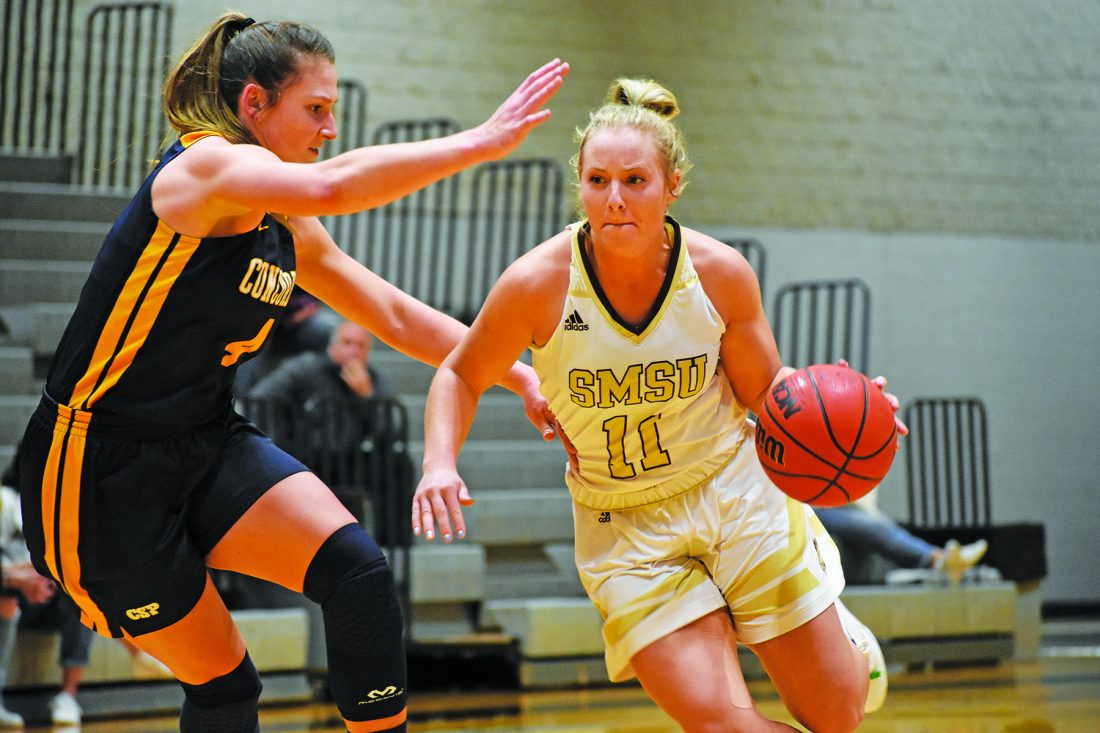 Photo by Sam Thiel SMSU’s Jenna Borchers looks to drive around a Concordia-St. Paul opponent during their game on Friday. The Mustangs fell to the Golden Bears 68-51.

The Golden Bears were led by Riley Wheatcraft finished with 20 points while Sydney Zgutowicz grabbed a game-high eight rebounds.

The Golden Bears utilized 64 percent shooting in the fourth quarter alone to pull away from the Mustangs to secure the victory.

The Mustangs fell behind by 10 points in the first quarter before rallying in the second, to tie the game 25-25 with 2:46 remaining.

SMSU earned the first lead at 37-36 in the third and went into the fourth quarter with a 44-22 lead.

The Golden Bears took back control in the fourth to claim the 68-51 victory.