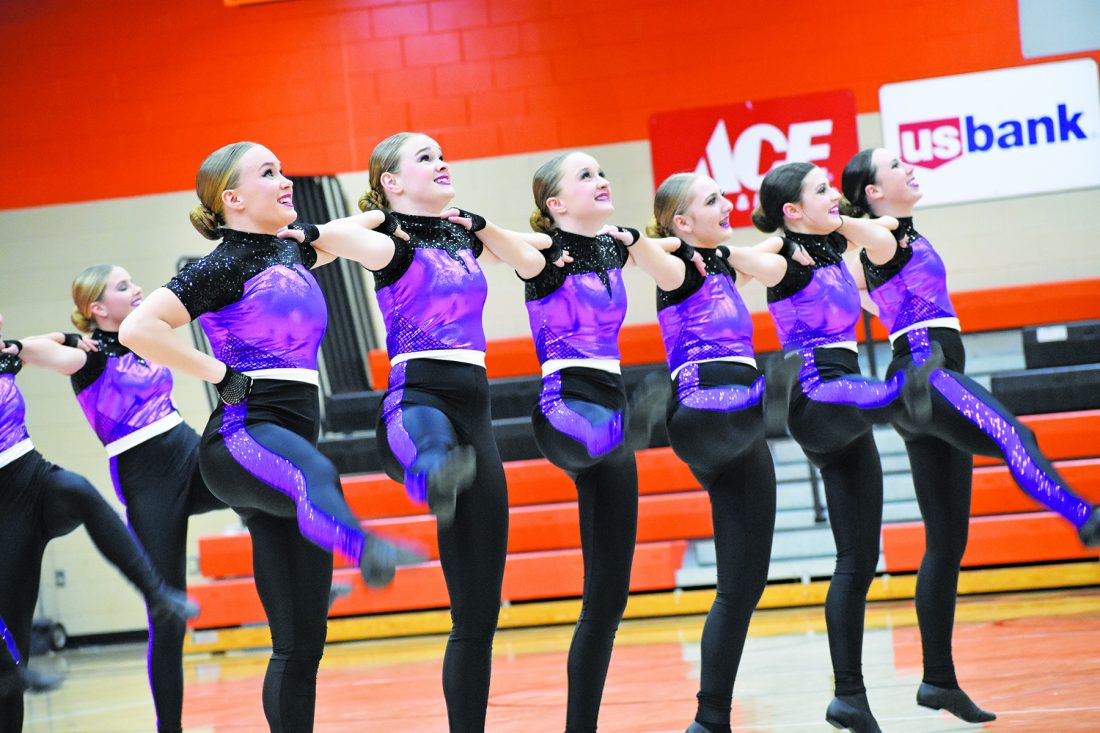 Photo by Sam Thiel Members of the Marshall High Kick team perform their routine during the Big South Showcase on Monday.

MARSHALL — In sports, competing on the road can bring a unique, and sometimes difficult, atmosphere. But there’s something about competing on your home floor that raises the comfortability bar to a whole new level.

For the third consecutive year, the Marshall dance team got to experience the “home game” feeling, as the Tigers hosted a Big South Conference meet, with Worthington, Fairmont, New Ulm and St. James Area all joining them in competition. The Tigers came away victorious, placing first in both categories.

For the Tigers, it is their only home competition aside from their team showcase early on in the season. Marshall senior Camryn Leary said it’s a great feeling to be able to compete once again on their home floor and be in front of the hometown fans.

“It was a lot of fun, there was a lot of energy here, a full crowd,” Leary said. “It’s fun to be able to dance at home; it’s also kind of sad for us seniors, it was our last time, but it was a good one.”

Senior Rebecca Downing added it’s also nice to be able to compete against some of their other conference opponents and teams they don’t usually get a chance to see perform.

Junior Kiara Maeyaert said the amount of work they put into their routines and practices each day can be a little challenging at times, but added it’s completely worth it in the end.

“We work hard every day,” Maeyaert said. “We go to practice for 2 1/2 hours and sometimes the practices are very challenging but it all pays off in the end, especially on a night like this.”

Marshall also recognized its seniors, with four being on this year’s team. They include Jadan Maurice, Leary, Downing and Natasha Reinsma.

The Tigers will compete again this Saturday in Belle Plaine. Reinsma said they’re looking forward to seeing how they grow as a team and improve each day as they move into the final month of their regular season.