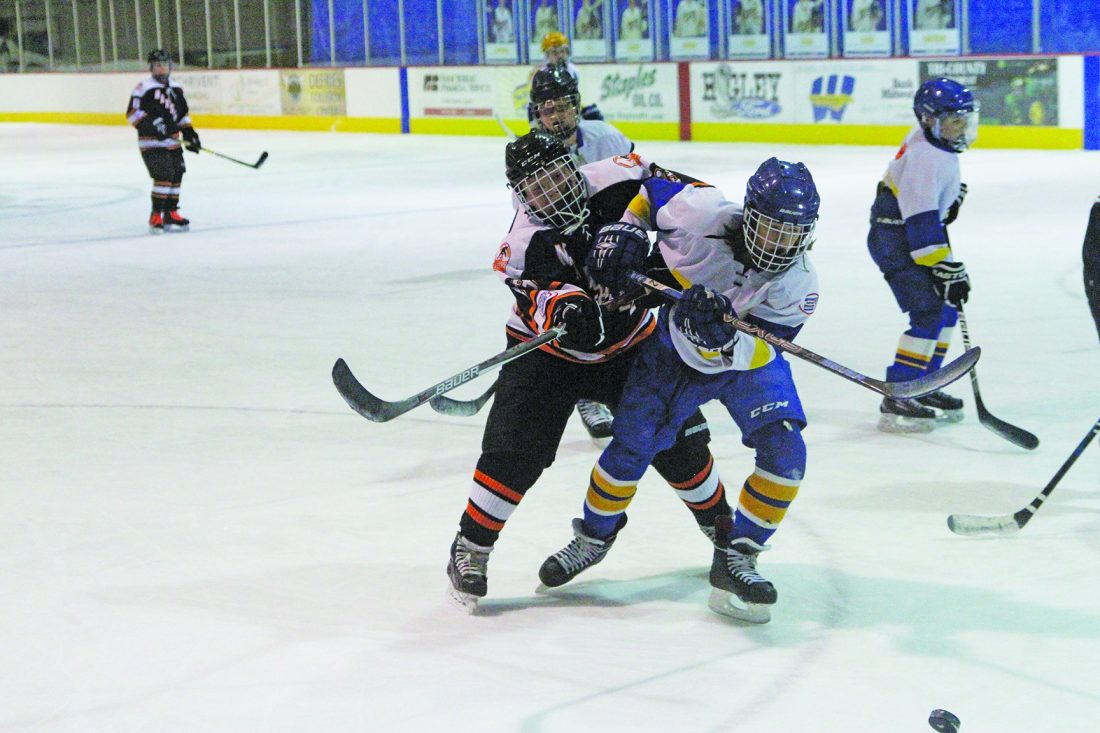 Photo courtesy of Alex Oey Marshall’s Brody Peterson battles a Windom player for the puck in the Tiger’s 3-0 win over the Eagles on Sunday.

WINDOM — The Marshall Amateur Hockey Association Pee Wee B team traveled to Windom on Sunday, picking up a 3-0 win over the Eagles in District 4 action.

Both teams came out slow in the first period with neither team able to find the back of the net. In the second period, Brenden Weller broke the stalemate when he beat the Eagle defense before putting the puck over the goalie’s glove at 11:07, giving the Tigers a 1-0 lead that would stand the rest of the period.

In the third period, Weller extended the Tiger lead, taking the puck end-to-end, finding the same spot over the goalie’s glove to give the Tigers a 2-0 lead at 7:39. Anderson extended the Marshall lead at 1:47 when he tipped the puck from an Eagle player at the blue line before beating the goalie on his stick side to make it 3-0.

Windom called timeout and pulled the goalie on the ensuing faceoff, but the Tiger defense held strong to seal the 3-0 win. Justin Dwire posted an 18-save shutout in the victory.

Marshall will be in action again on Saturday when they play host to Fairmont.