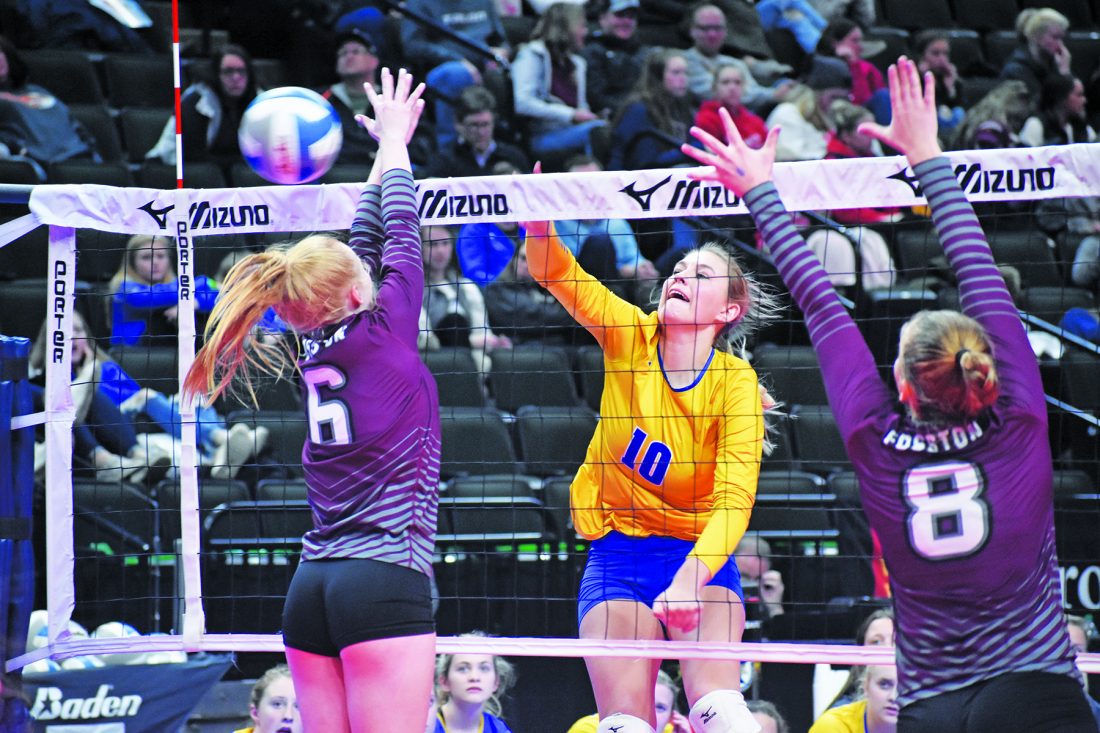 Independent file photo Minneota’s Morgan Hennen follows through on a kill during their Class A semifinal match against Fosston on Friday.

For Minneota, Morgan Hennen, Abby Hennen and Natalee Rolbiecki all made it for the Vikings while LeeAnn Stensrud, Savanna Louwagie and Kiana Imes made it for Lakeview. Brooke Nelson, Charlotte Wright and Maya Wente all made it for Canby while Russell-Tyler-Ruthton was represented by Kalleigh Carr, Haley Muenchow and Kylea Baartman. For Tracy-Milroy-Balaton, Catherine Wendland and Margaret Dolan made it for the Panthers while Madison Hinz and Karoline Dahl were the lone representatives for Yellow Medicine East and Dawson-Boyd, respectively.

Abby Hennen was named Camden Conference MVP and Hayley Fruin of Minneota was named Coach of the Year.