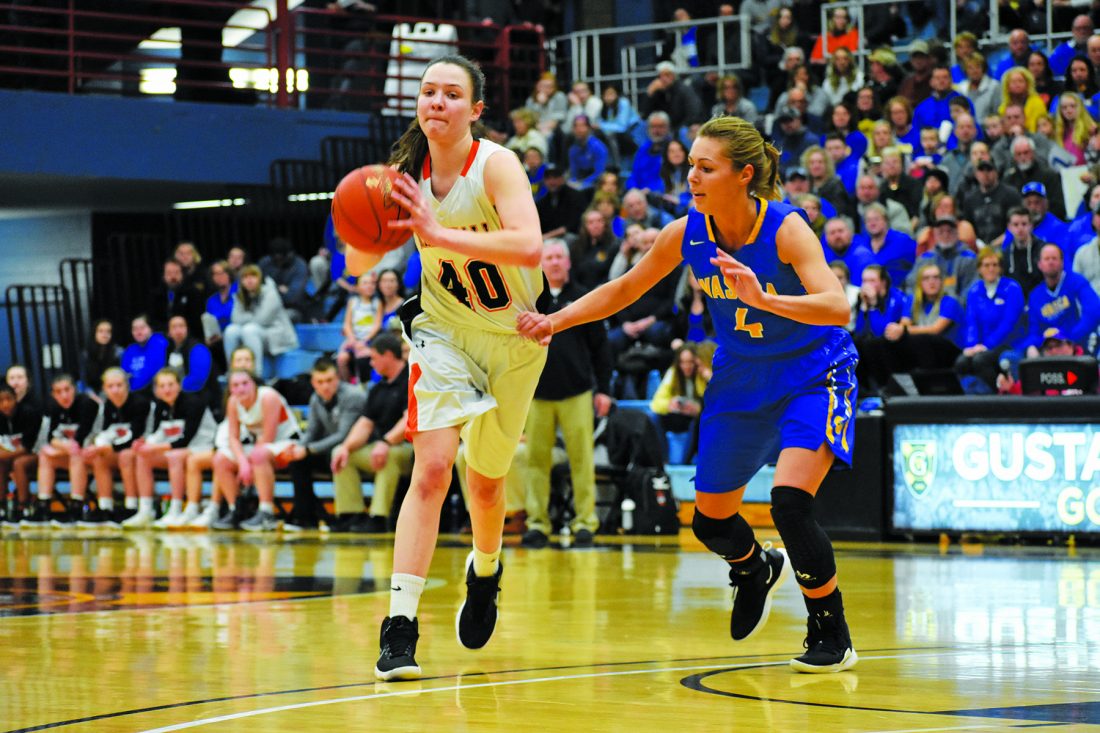 “Madison is a versatile guard that has proven she will do whatever it takes to help her team win,” Webb said. “Her motor on the defensive end of the floor and willingness to guard any position fits our defensive identity well. Offensively, Madison has the ability to be a scoring threat at all three levels. We are excited to add her to the Mustang family.”

Gehloff concluded her career scoring 1,983 points and grabbing 937 rebounds, which were both school records. She also finished her career dishing out 323 assists and recording 273 steals. A five-time letter winner, she was a three-time team captain, four-time all-conference honoree, played in the state all-star game and earned all-state accolades. An academic all-state honoree, she was also earned all-conference honors in both volleyball and track & field.