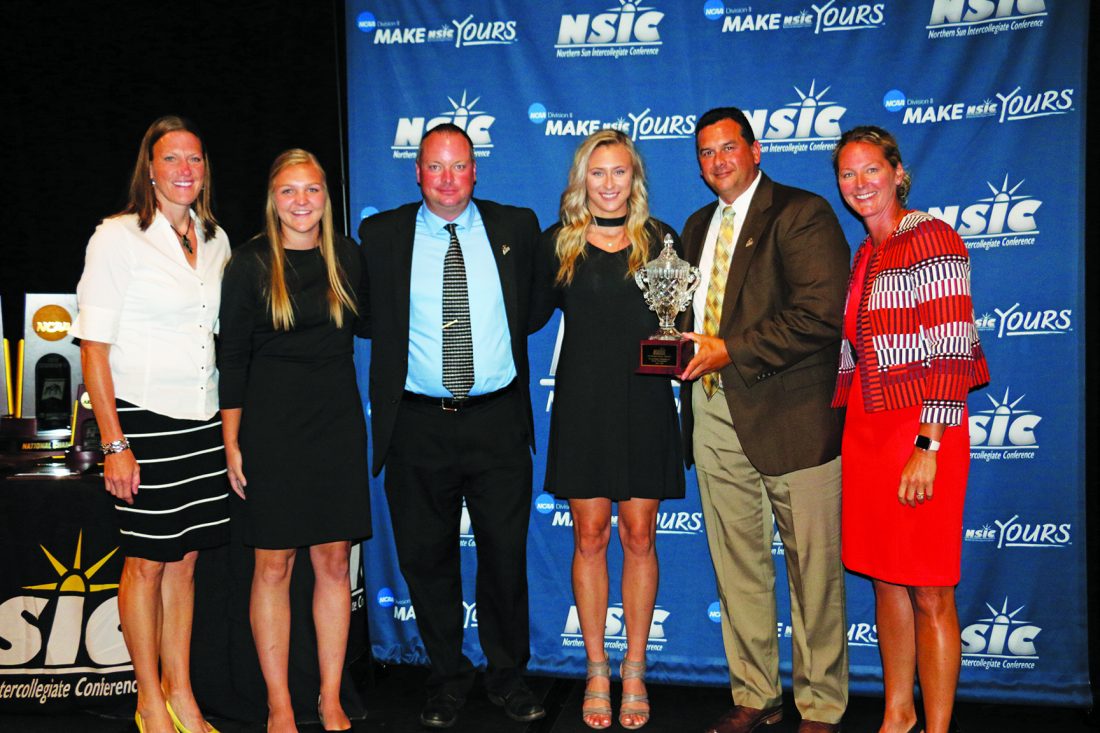 LAKEVILLE – Northern Sun Intercollegiate Conference (NSIC) Commissioner Erin Lind presented Southwest Minnesota State Director of Athletics Chris Hmielewski with the league’s 2018-19 Sportsmanship Award at the NSIC’s Annual Hall of Fame banquet on Tuesday night at the Holiday Inn in Lakeville. This marks the second time in the 12-year history of the award that SMSU has earned the honor, as the Mustangs earned the award during the 2012-13 academic year.

The NSIC Sportsmanship Award is voted on by the NSIC head coaches and a Student Athlete Advisory Committee member based on the sportsmanship of players, fans, staff and coaches at each opposing NSIC institution. Sportsmanship is defined as “A set of behaviors to be exhibited by student-athletes, coaches, officials, administrators and fans in athletic competition. These behaviors are based on values including respect, civility, fairness, honesty and responsibility.”