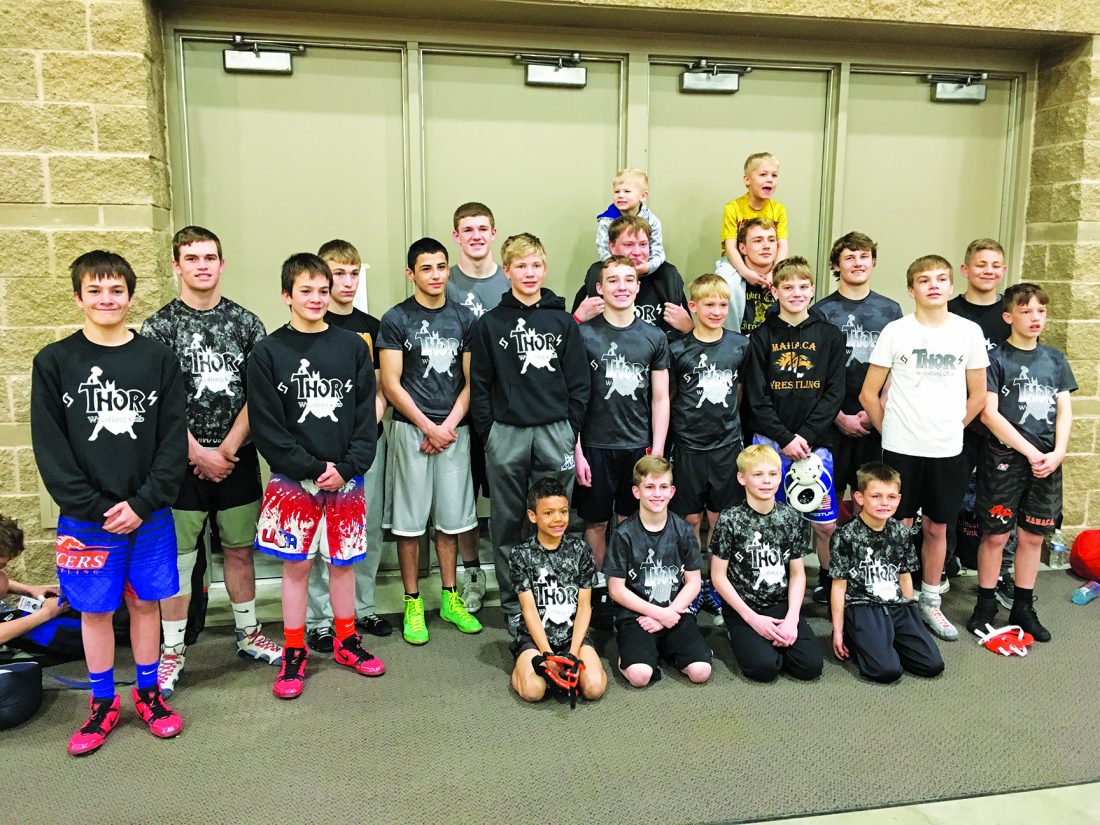 MINNEOTA – The “THOR” Wrestling Club out of Minneota completed its Freestyle/Greco season this past weekend at the USA National Regional Tournament in Rochester.

The club is a good experience training with kids from kindergarten to seniors in High School. The young kids look up to the older kids, and the older kids get energized from the younger kids. They have a lot of fun with the age difference as well as building relationships with area wrestlers whom they compete against during the high school season of Folkstyle Wrestling. The club also has guest clinicians from SDSU and SMSU, including Rylee Molitor, Seth Gross (National Champion) Luke Zilverberg (All-American), as well as former U of M Gopher and USA World Team Member wrestler, Dan Zilverberg.

The State Freestyle and Greco Tournaments were held in Rochester on May 11-12. There were wresters from 90 teams from across Minnesota entered in the tournament.

They had 22 wrestlers from the club qualify for the MN/USA State Greco, portion on May 11, including 16 Medalists and two Greco State Champions. They are listed below:

They had 22 wrestlers from the club qualify for the MN/USA State Freestyle portion on May 12, including 17 Medalists and three Freestyle State Champions. They are listed below:

The State medalists qualified for Northern Plains National Regions in Rochester last weekend. They are listed below:

Each year the club has goals for its members to strive to be chosen for Team Minnesota and participate in the National Dual Team Tournament, as well as train for the National Freestyle Greco Cadets and Junior Tournament in Fargo, ND in early July. Club members will continue to train for these events. Dylan Louwagie of Marshall and Caden Rose of MAHACA have been selected to the Minnesota National Dual Team Competition.