The title of the last chapter in “The Ragman’s Son” is “Thanksgiving.” It’s 1987, and Kirk Douglas has been working on his 500-page autobiography for about a year. He begins the book by telling us about his mother and father, who didn’t learn to read.

Kirk has taught me to learn lessons from my life experiences and write about them. Let’s start with travel.

One of Kirk’s deep travels was to Dachau, the concentration camp now in the Munich suburbs. This was in 1957, and “Paths of Glory” is the film he is in at the time. He visits a young German couple and tells them what he saw at Dachau. They respond by saying they don’t know anything about the Holocaust. When Kirk was driven to the studio in Dachau one morning, the car was held back, and Kirk had to face another scene of anti-Jewish belief.

The movies he was in took him all over the world. I’ve traveled a lot in my life, and I learned about other ways of life. I had train rides from Iowa where my family lived to Abilene, Texas, where I went to college. Another train ride was when Howard and I were in Canada, and we were on the rails from Winnipeg to Montreal and back. We even had a small area with a “bunk bed” where we slept, and once we had a meal in the dining car. I enjoy thinking about being on a train since this kind of travel is less common now. Kirk rode on trains.

When the cast traveled to Norway for filming much of “The Vikings,” they stopped in Denmark, Stockholm, and Oslo, before getting to Bergen. The first paragraphs about this filming were positive, but then there was a strike by the Norwegian crew, and Kirk figured that by now the rest of the filming could be in Munich. Anne and their one and one-a-year-old son Peter were with him.

After the filming of “The Vikings,” and the christening of the billboard he did when his mother was with him, he visited her in the hospital. Soon he needs to write “A parent’s death makes you grow up, and growing up is hard” (p. 302). He has always had a close relationship with his mother, and the film company he owns is Bryna, her name. Here I realize how important my mother’s life is to me and how powerful my memory is of losing her when I was only 20 years old.

An early happy memory of my mom is when I came home from school at about 4 p.m., on the kitchen counter there was a peanut butter sandwich for me, wrapped in wax paper. I do remember spending a lot of time in the kitchen, like little boy Issur did. Maybe because that’s where mom was. A lot of the black and white photos I have of my family are in the kitchen or in the dining room where we are sitting around the table for a meal.

Writing about his being Jewish comes up a lot in the book. He had his Bar Mitzvah when he was thirteen, and as he got older he became more active expressing his Jewish beliefs. He didn’t let other people’s prejudice take over what he needed to do in his life.

When I was 13 I was baptized in a lake where we had our summer Bible camp in Iowa. Our Christian church building had a baptismal pool just behind the podium, and we viewed many baptisms there. I enjoyed teaching Sunday School to the three and 4-year-olds. My long-lasting way of life from church experiences was to continue being open to the different ways people express their ideas about God.

Another thing I liked about the book was Kirk’s enjoyment of meeting with so many people, including presidents. President Carter gave him the Medal of Freedom, and Kirk and Anne spend the evening with the Carters and slept in the Lincoln Bedroom.

I didn’t meet any presidents, but I do like memories of families in the community where I grew up, and families in Lyon County, Minnesota, where we have lived since 1970. My parents invited many people for meals and for singing hymns together. The first song I sang in a competition after a year of taking voice lessons was “The Holy City.” In 2020 we can’t invite friends here for an evening of music like we have in the past.

I also read the book of the letters Kirk and Anne wrote one another before they got married and during their marriage. The title is “Kirk and Anne: Letters of Love, Laughter, and a Lifetime in Hollywood,” c 2017, The Bryna Company. I never got tired of reading this book either. Both books have lots of photos. Toward the end of the book he writes of how he and Anne support charitable organizations.

The big lesson I learned from Kirk is to be honest about your past, and it’s okay to appreciate it, and especially to learn life lessons from it. All of this contributes to who you are. Occasionally, we get advice to let the past go. Maybe that is good for some people, but not good for me. I can learn a lot about how to live now from cherishing my life as a 5-year-old, as a 40-year-old, as a 70-plus-year-old.

When Kirk was a little boy, his mother would give food to hobos when they came to the door. It made him a little mad because his family didn’t have lots of food. You see, when I was a little girl in a small town in central Iowa, hobos would come to our door, having jumped off the train at the north side of town. My mother always gave them food to eat, and she never said anything negative.

My husband and I recently watched our DVD of “The Vikings,” and I felt that I was connecting with the presence of Kirk Douglas, not necessarily the character he was in the film. I wonder how Kirk would feel about that.

Your Marshall library is open Monday through Friday, 10 a.m. to 4 p.m., with drive-up window available for holds pick up between 4-5 p.m. and Saturday 9 a.m. to noon. Call ahead (507-537-7003), email (library@marshalllyonlibrary.org), or place your own holds for pick up (marshalllyonlibrary.org). Home delivery is also available throughout the county, including Balaton and Cottonwood.

The peak of the Perseid meteor shower is still upon us, and in most years it’s the marquee stargazing event in ... 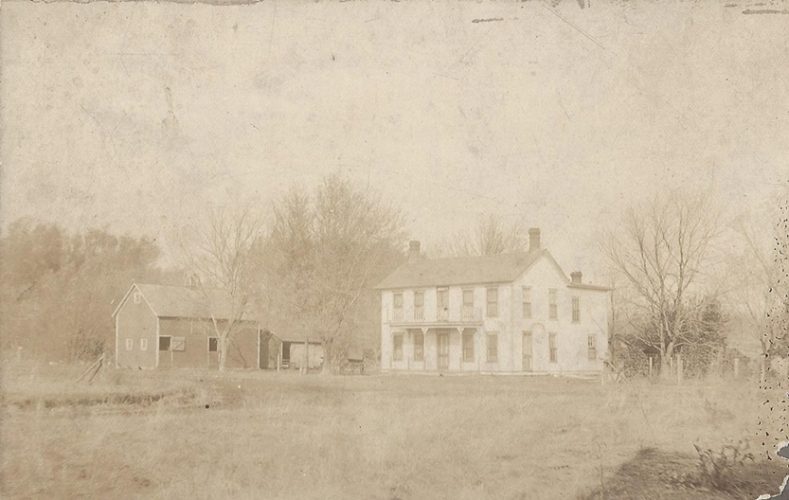 There’s something special about ballads. The best of them combine lyrics and musical notes in ways generally not ...

As two of the faculty who teach in the SMSU Summer Bridge program, we want to thank Professor Emerita Joan Gittens ...

A Tracy Marine in the Western Pacific – B

Last week we met Tracy’s Art Marben and learned how he enlisted in the Marine Corps’ V-12 officer training ...

I have known Larry Ust since forever. Larry grew up on a neighborhood farm, coached 4-H softball for our two sons ...