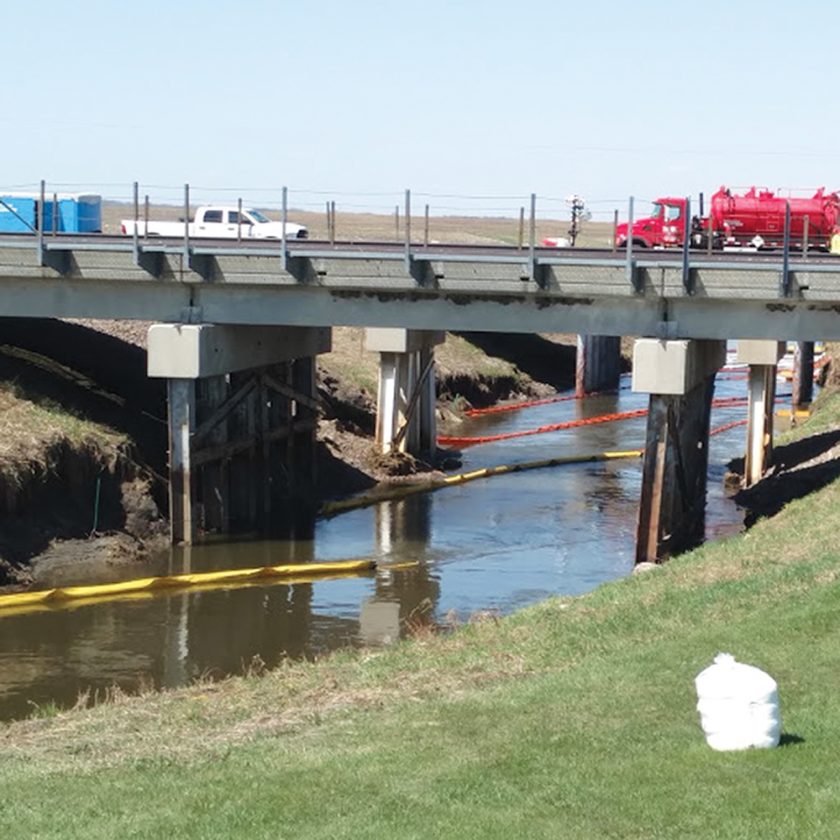 File photo Booms, trucks and other cleanup equipment could be seen at work in a drainage ditch running beneath the BNSF railroad tracks just south of Hanley Falls on April 25, 2019. Cleanup crews were working to contain and recover thousands of gallons of diesel fuel released from a pipeline north of Cottonwood. Fuel entered Judicial Ditch 24, which flows into the Yellow Medicine River.

MARSHALL — A Cottonwood man received a stay of imposition of sentence for a Magellan pipeline break that spilled diesel fuel into a drainage ditch system, Lyon County court records said.

While Tanner John Sik’s sentence was stayed, court records said he will perform 200 hours of service work and pay restitution as part of his probation.

Sik was one of two men charged in connection with a break on a Magellan Midstream Partners pipeline near Cottonwood in April 2019. Criminal complaints said Sik and Eric Jay Weckwerth Pineda were shooting guns near the Cottonwood Lake dam, when Sik shot at and hit the pipeline.

Court records said Sik received a stay of imposition on a 30-day jail sentence, and five years probation. Conditions of Sik’s probation included that he pay restitution and perform 200 hours of Sentenced to Service. Court records didn’t say how much restitution Sik would have to pay. The state of Minnesota has a 30-day window to file a certificate for restitution.

The break in the pipeline released an estimated 8,400 gallons of diesel fuel into a Yellow Medicine/Lyon County judicial ditch that flows into the Yellow Medicine River. While responders from Marshall, Cottonwood and Hanley Falls worked to contain the spill, Magellan Midstream Partners spokespeople said minor traces of fuel did make it into the river.

Weckwerth Pineda, 24, pleaded guilty to charges of aiding and abetting first degree property damage on Jan. 28. Court records said he received five years of probation, with conditions including that he perform 200 hours of Sentenced to Service and pay restitution.

Airstrikes kill up to nine children in Yemen