Winds, blizzards to continue throughout region 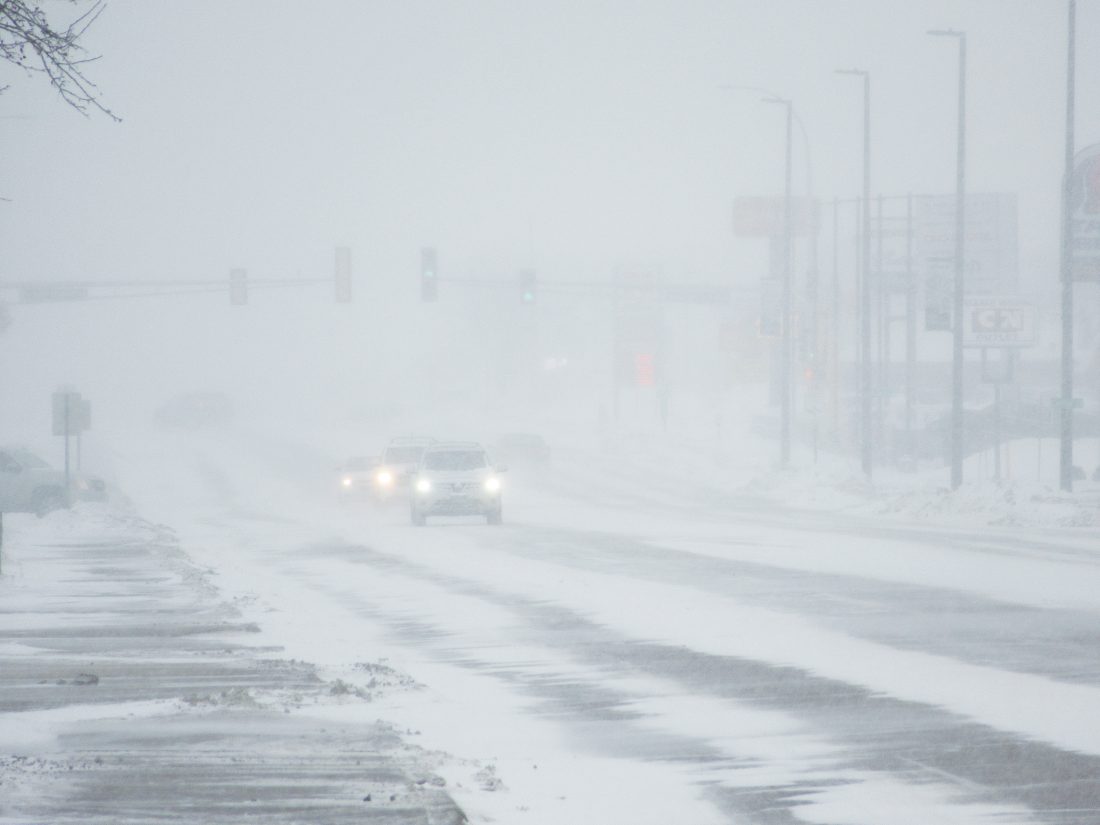 MARSHALL — The snow moving across southwest Minnesota will likely stop falling today — but with 50-mile-an-hour wind gusts picking up the flakes, it might not look that way.

A blizzard warning will remain in effect for much of southwest Minnesota through 6 p.m. today, the National Weather Service said. Some area counties, including Lyon County, also pulled their snowplows off the road this weekend. Lyon County Highway Department plows will not be back out until 6 a.m. Sunday, the city of Marshall announced on social media.

About four to seven inches of snow is expected in the Marshall area. However, it’s cold temperatures and high winds that will be the main hazards today, said NWS meteorologist Lance VandenBoogart.

“Those strong winds are going to continue throughout the day,” bringing with them the risk of ground blizzards and snow drifts that could make travel hazardous, VandenBoogart said. In addition, wind chills as low as 25 degrees below zero are expected.

Wind chills at that level can cause frostbite on exposed skin in as little as 30 minutes, the NWS warned.

A winter storm warning went into effect Friday morning. By about 10:30 a.m., blowing snow was already starting to lower visibility around Marshall. Area schools and Southwest Minnesota State University all canceled classes, and the city of Marshall closed its offices Friday. A number of area businesses also either closed early or closed altogether on Friday.

On Friday afternoon, regional departments of transportation were reporting highways partly or completely covered in snow.

VandenBoogart said there would likely be a lull in the storm on Friday evening, but a cold front would move in overnight, bringing high winds with it.

Temperatures will stay cold tomorrow, but the winds should be “noticeably less” on Sunday, VandenBoogart said.