Letters from a soldier 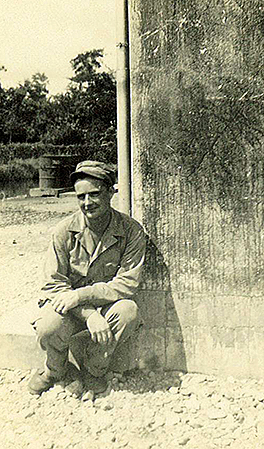 MARSHALL — Longtime Marshall resident Wes Jenson Jr.’s father was a prolific letter writer while a soldier during World War II. Jenson’s grandparents kept the letters in a bundle with a ribbon around it. Letters were an important link between the worried family back home and the homesick soldier far away from his familiar life.

Well how’s everybody at home? I hope you’re all well. I suppose it’s getting cold there now. It’s like Sept. weather here. Do you manage to keep going? I hope so. We didn’t get paid yet, but I think we get paid next week though. Is (sister) Ruth still going down to see (her husband) Bill? We had inspection today, and they sure are fussy. Everything has to shine. Our restriction is off today, so if we can get a pass, we can go to town, I don’t care if I go to town or not.

Jenson Jr.’s dad, Private Wesley R. Jenson, was stationed at Camp Jos. T. Robinson in Little Rock, Ark., in 1944. The “folks” in the letter were Christian and Agnes, who lived on a farm in Golden Valley at the time. Jenson’s uncle, his father’s brother Gene, was in the war as well, but didn’t write as much.

“They thought both boys wouldn’t have to go — one could stay to help on the farm — but no, they took both,” Jenson Jr. said.

Jenson Jr. was a correctional officer at the Lyon County Jail for over 23 years and then worked for Davis Typewriter and Runnings before retiring. He is a Vietnam-era veteran, stationed in Germany.

Jenson Jr.’s dad and mother, Marcella, weren’t married at the time of the letter, Nov. 11, 1944, but were planning on getting married soon.

I’ve gotten a letter every day now, from Marcella. She has been busy buying things for when we get married. I think we’ll get married when I get a furlough, is it okay?? Time seems to go faster now. I’ve went through the gas chamber (training), dug foxholes and on hikes now. We are moving right along now.

“They did get married during his furlough,” said Jenson Jr.

World War II, which lasted from 1939 to 1945, was a war between the Allies — Soviets, British, American, French, and Chinese — and the Axis, which was Nazi Germany, Italy and Japan. It was fought on six continents.

Jenson’s dad fought in New Guinea and the Philippines and told stories such as seeing naked Filipino boys riding water buffaloes. There were horrific incidents as well. One morning Jenson and his fellow soldiers woke up from sleeping in their pup tents to see there had been a battle nearby between the locals and Japanese soldiers.

“My dad had to slog through rice paddies and got jungle rot and malaria,” he said. His uncle Gene froze his feet from driving for hours in an unheated jeep.

You don’t have any wire coat hangers at home? If you have any, please send me 4 or 5. Have you heard from Gene since he left? If you have, send me his address. I suppose you’re going to have goose for Thanksgiving, I sure wish I was home to have some. When is Thanksgiving anyway?? One day is the same as the next, here.

Jenson Jr. said his dad told how the guys had musical instruments such as a guitar and concertina and would play together.

How’s the accordion work? I wish I had it here now. Some of these guys are talking about all the letters they write. I told them to get carbon copies, then they wouldn’t have to write so much. I’m still in the same hut Number 30. There’s five men in here. They’re all married and about the same age as me. Norman Jacobson is about the nicest guy here, he’s from Little Falls. Well, I guess that’s about all I know for now. These guys keep talking, so I can’t write. I’ll be seeing you.

NEW ULM — A series of informal events called “Say No to California Car Mandate” are being held across ...

LINCOLN COUNTY — What learning looks like at area schools this fall will partly depend on what COVID-19 rates ... 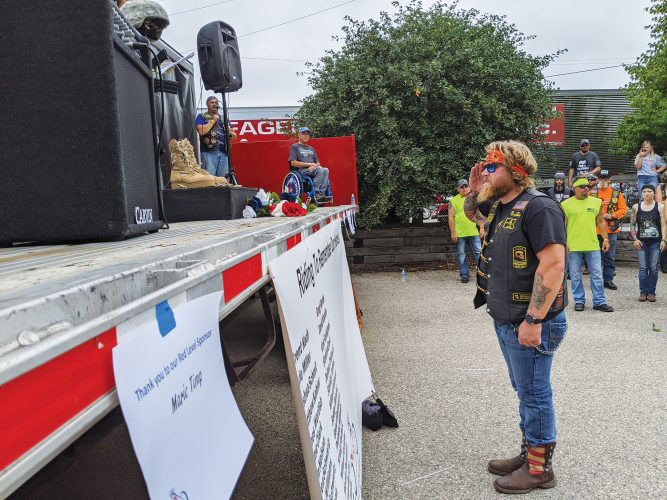 Trump end run around Congress raises questions on his claims