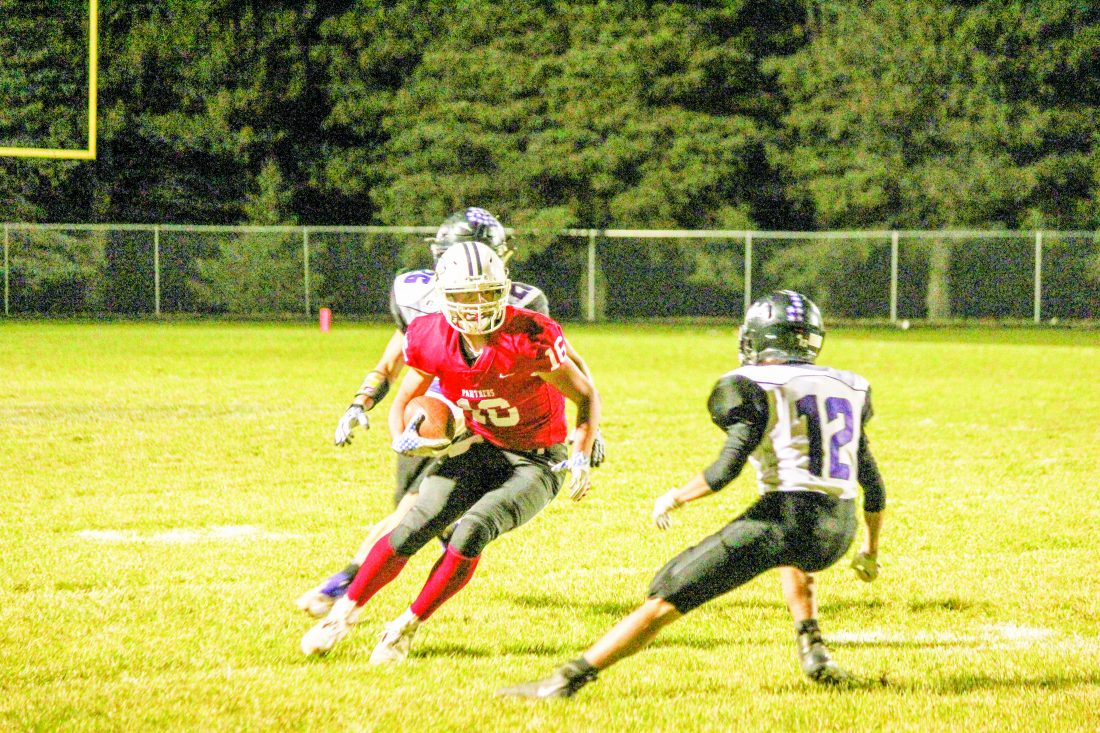 Independent file photo TMB’s Lucas Gervais looks to get around an MCC defender during their game on Oct. 17, 2018.

MINNEAPOLIS — Tracy Area High School’s Lucas Gervais was named a Scholar Athlete by the Minnesota Chapter of the National Football Foundation in an announcement Wednesday. This annual award honors Minnesota high school football players for their outstanding athletic, academic and community service accomplishments. Gervais, a Currie native, is one of nine scholar athletes who will be recognized during a July television broadcast.

Gervais, a wide receiver, safety and punter for the Tracy-Milroy-Balaton Panthers, quickly moved up the school’s record books. During his junior and senior seasons, the Panthers’ star wide receiver led the team in receptions, receiving yards and touchdowns. Gervais was a key offensive playmaker and finished fifth in school history with 73 career receptions. He also posted 17 receiving touchdowns, which ranks fourth on the program’s all-time list. In 2019, Gervais was recognized as a Southwest District East All-Sub District team member.

“His leadership role on our football team has only been exceeded by his leadership ability around our school and in our community,” said Tracy Area High School head coach Jason Kainz. “He inspires his team to rise alongside of him, rather than leaving them behind.”

Lucas lives more than 160 miles from Minneapolis and represents the southwest region of Minnesota.

Minnesota Football Honors is hosting a show to honor this year’s high school, college and Minnesota Vikings award winners. The broadcast is set to air in July. Special guests, including Vikings players, are scheduled to make appearances. An official broadcast date will be announced soon on www.minnesotafootballhonors.com.

Chapter of the National Football Foundation:

of The National Football Foundation Communications