Legion baseball has been played since 1923, with state tournaments being played for 94 straight years 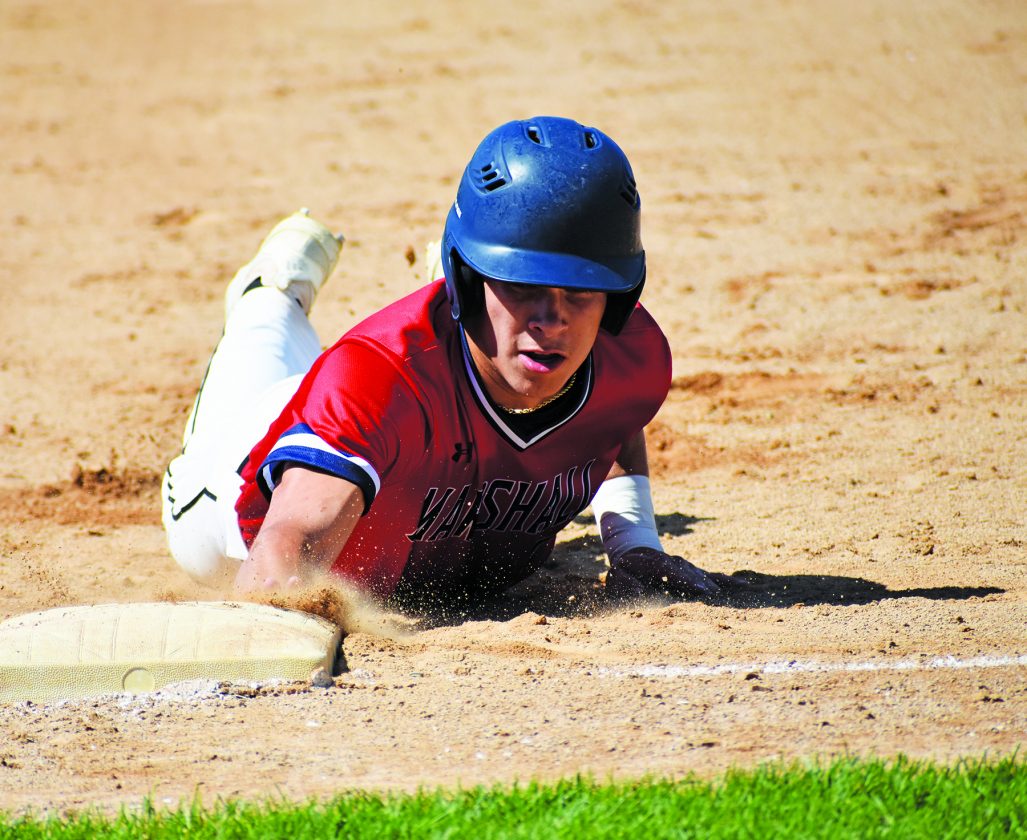 Independent file photo Marshall’s Kaleb Welvaert dives back to first during their July 11, 2019 game against Harrisburg (S.D.). For the first time since 1923, Minnesota American Legion Baseball won’t be played this summer after being canceled on Saturday due to concerns with COVID-19 and the safety of players, coaches, fans and more.

MARSHALL — A long-standing tradition for nearly 100 years, American Legion Baseball has provided thousands of kids around the nation the opportunity to continue to improve on their skills and play the game they love.

For the first time since 1923, that tradition won’t be occurring this summer. On Saturday, the Legion baseball season was next in line to get canceled because of the COVID-19 pandemic.

Like with several other activities and sports seasons that are hanging in the balance, there have been multiple discussions about the status of the Legion schedule. Last month, the national level canceled the American Legion World Series that was scheduled for August. A few days later, the Minnesota committee met and walked away with just a suspension of the season with visions of hopefully beginning the season at a later date.

Gov. Tim Walz’s current stay-at-home order is set to expire next week and teams had originally until this Friday to get their insurance premiums in before the deadline, with the board also having an option to delay that to the beginning of June.

Prior to Saturday’s meeting, however, the board was told on Friday that the national level wouldn’t be providing any support. Without that proper support, the season, as well as 94 consecutive years of Legion state tournaments that dated back to 1926 was suddenly snapped. Minnesota was one of only three states that had been continuously playing tournaments every year.

American Legion baseball is one of the most popular sports in Minnesota, with 357 teams signed up for this season. Last year, it saw 366 teams play and the state also ranks first in the amount of teams in the country.

Commander Dvorak said it’s an extremely difficult decision that impacts tons of players and their families, but hopes they will be able to come back even better next year.

“It was a difficult decision that affects many young people and their parents,” Commander Dvorak said in the release. “The American Legion is a major proponent of the sport of baseball, and we hope to return even stronger in 2021.”