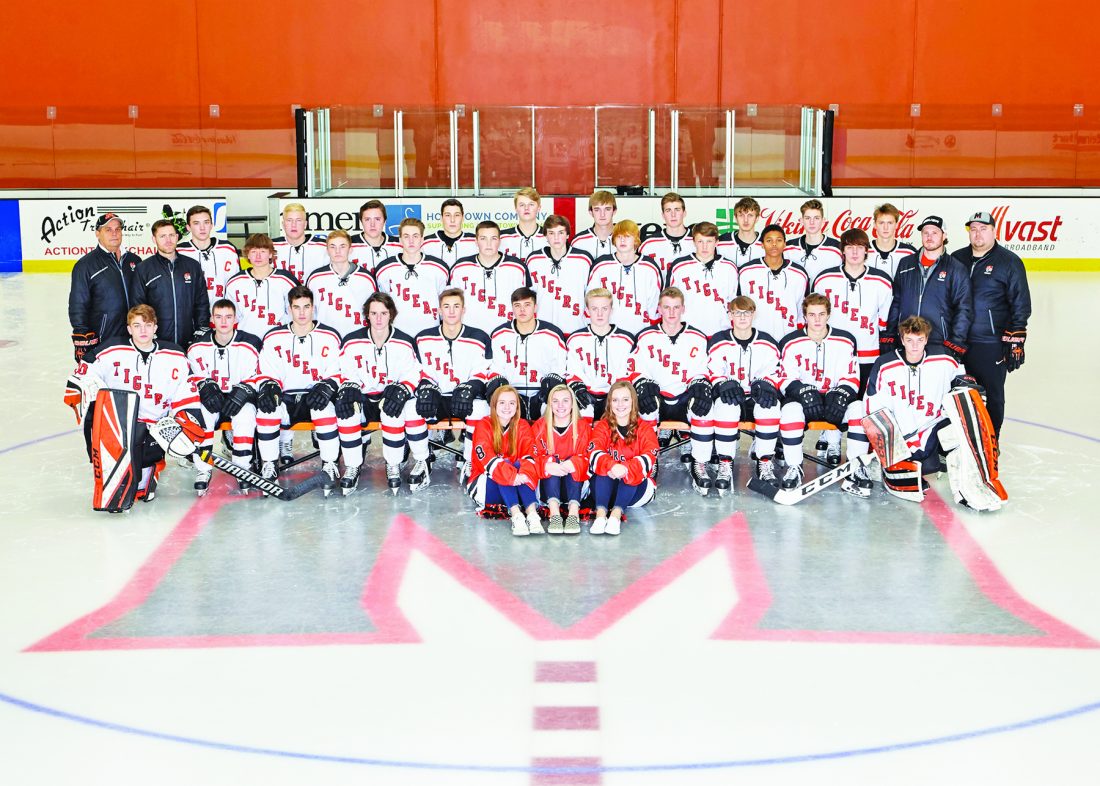 MARSHALL – Fresh off of last year’s historic 22-win season, the Marshall boys hockey team remained one of the teams to beat in the Big South Conference and went on to extend its streak of winning seasons to six after finishing with an overall record of 16-10.

Though the Tigers saw their season end sooner than they had hoped after falling to Luverne in the Section 3A quarterfinals, head coach Michael Weiss said he’s proud of the way his team battled through adversity over the course of the year.

“Obviously the season did not end the way that we wanted it to, but I thought it was successful for a number of reasons,” said Weiss. “This team faced a ton of adversity from the start of the season all the way to the end. We never had our full roster healthy until the last week of the season.”

The long list of injuries that plagued the Tigers forced players to step into new roles, according to Weiss.

“As the season went on we had a lot of players step up into roles they maybe didn’t expect to be in,” said Weiss. “It took a lot of character to stick with the game plan and fill new roles when players were out of the lineup for injuries.”

Landon Frost was one player on the Marshall roster whose absence for a large portion of the season due to injury was especially impactful. Frost, along with fellow seniors Kaleb Welvaert, Bryson Whyte, Jenson Meyer, Joe Archbold, Jaden Gannott, Dillon Loft, Blake Kruse, Grant Hoff, Chase Beernaert, Brennan Devos and Dominik Caspers made up an unforgettable 2020 class whose impact extended beyond the ice.

“We also had a big senior group and I think that they made some big strides in being role models for our younger players,” said Weiss. “I was really impressed with some of our seniors who went out of their way to be mentors or friends with some of our youth players.”

With the loss of the team’s 11 seniors, next year’s group will have large shoes to fill in the absence of some of its biggest contributors on both ends of the ice. In spite of the challenge that lies ahead, Weiss says expectations for what the team can accomplish remain the same.

“Next season our expectations are going to be high, just like they are for every season,” said Weiss. “We lose a big group of seniors and the lineup will definitely look different. But we have some talented kids who will be back or moving up from JV or Bantams. It should be a really fun year with a different mix of kids who are going to try and fill voids left by a big senior class.”