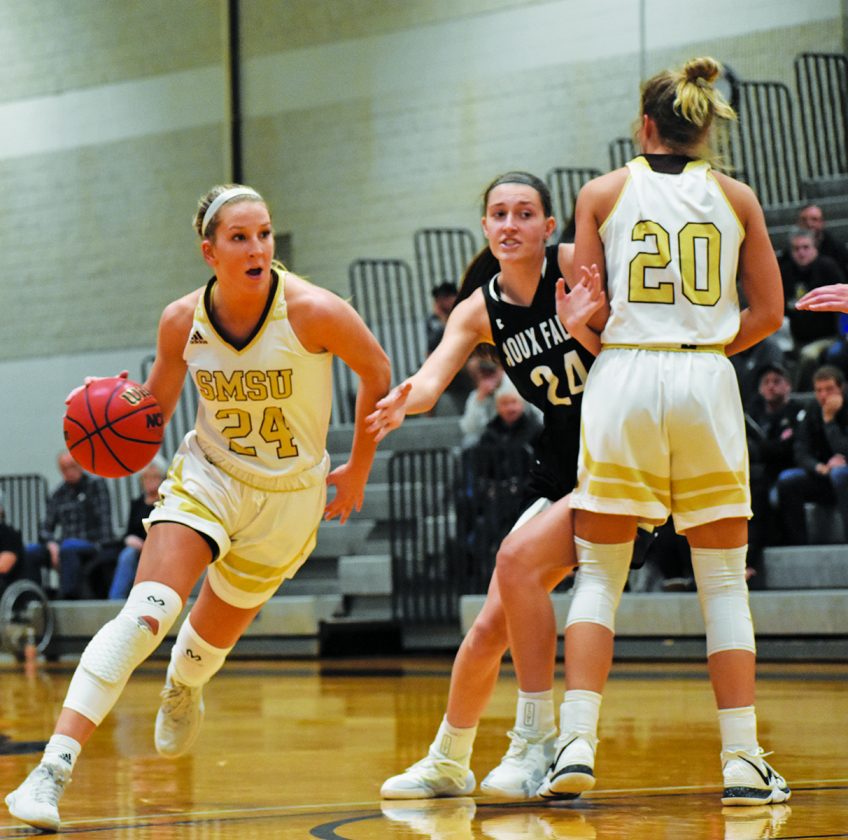 Independent file photo Southwest Minnesota State’s Erin Baxter drives to the basket during a game against the University of Sioux Falls on Dec. 21, 2019. Baxter was one of 27 Mustangs named to the NSIC All-Academic team.

Additionally, the student-athlete must be a member of the varsity traveling team, have reached sophomore athletic and academic standing at her/his institution (true freshmen, redshirt freshmen and ineligible athletic transfers are not eligible) and must have completed at least one full academic year at that institution.