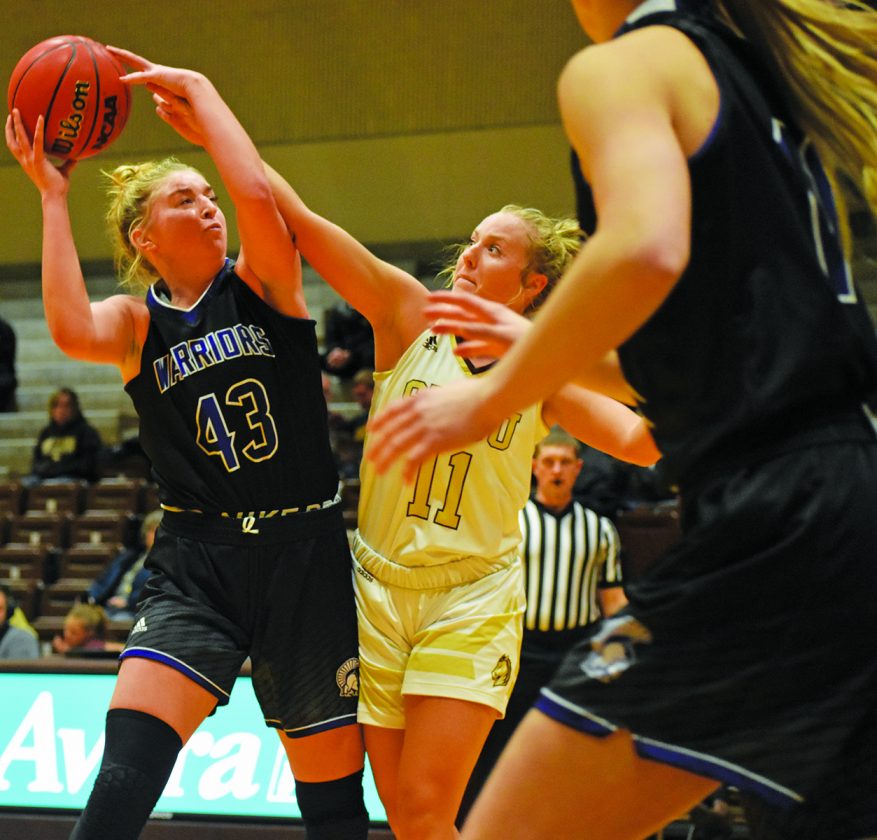 MARSHALL — After earning a first-half lead, the Southwest Minnesota State women’s basketball team (9-9, 4-9 NSIC) was outscored in the third quarter as Winona State (13-4, 9-4 NSIC) rallied for a 74-58 victory on Friday night in the R/A Facility.

The Warriors used 69 percent shooting (11-of-16) in the third quarter alone to pour in 29 points to come back after falling by so much as 11 points.

Meleah Reinhart poured in a team-high 16 points while Madison Gehloff added 13 of her own. Erin Baxter finished with eight points and grabbed a team-high seven rebounds.

The Warriors were led by Emma Fee who finished the night with 23 points. Fee was joined by three other teammates to finish in double-figures as Taylor Hustad had a double-double with 18 points and a team-high 12 rebounds, Sydney Lodermeier had 12 points and Allie Pickrain finished with 10.

In WSU’s final possession of the first quarter, the Mustangs trailed by one as Sara Teske created a turnover and a steal at half-court, to follow through with a bucket in the final seconds of the quarter to put the Mustangs up one headed into the second.

The momentum carried over for the Mustangs as Gehloff recorded a 12-point quarter to aid the Mustangs to a game-high 56 percent from the field (9-of-16) and went 4-of-8 from the 3-point line in the second quarter alone, to end the first half with an eight-point lead at 36-28.

The Mustangs would extend their lead to the largest of the night with an 11-point lead at 7:30 remaining in the third, before the Warriors would take over to reverse the score as they finished with a seven-point lead at 57-50.

SMSU attempted to regain its lead and made it so much as a seven-point deficit once again with 4:54 left in the game, but WSU would ward off SMSU with a 3-pointer from Lodermeier in the final 30 seconds to capsulate on the 16-point lead a pull away.

The Warriors bench contributed 25 points to the Mustangs nine.