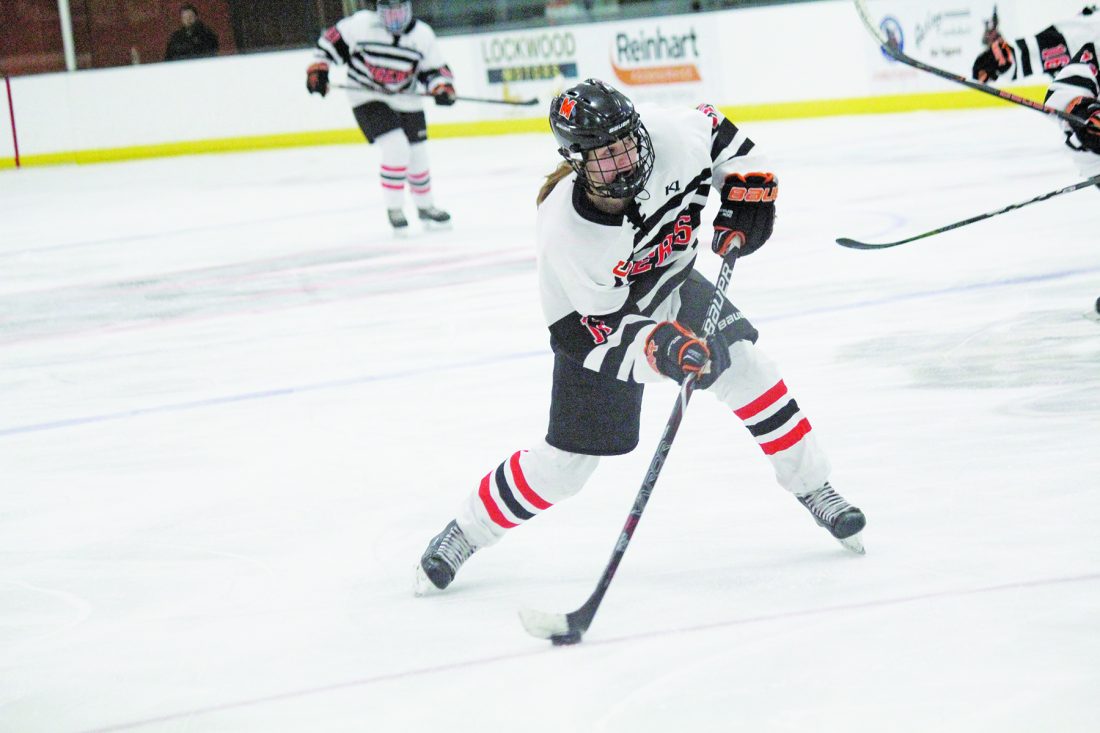 Much like their previous meetings, Davies’ high-powered offense proved too much to handle as the Eagles outshot the Tigers 61-9 in a 4-0 shutout victory on Saturday.

Marshall coach Cassi Weiss said she was disappointed in the team’s slow start after making it a point of emphasis to come out strong in the first period.

“Fargo was a quick team, but we definitely did not come out strong and that was something that we really wanted to do,” said Weiss. “I think the second period was a little bit better, but we needed to come out strong that first period and kind of set the tone and we never really got to do that.”

As a result of the slow start, Marshall goaltender Emma Klenken was forced to stop a barrage of quality scoring chances in the first period and throughout the contest beginning with an odd-man rush off the opening draw that nearly gave the Eagles a 1-0 lead.

After the early scoring opportunity, Davies continued to push the pace and remained in Marshall’s defensive zone for nearly the entire period before finally breaking through after having their previous 19 shots steered aside by Klenken.

The Eagles would close the period with 24 shots on net to Marshall’s two, but were only able to get the one goal through thanks to multiple sprawling saves by Klenken in the waning minutes of the frame.

“It’s amazing. She does such a good job of controlling her rebounds and just swatting them into the corner,” said Weiss. “It could’ve been a much higher scoring game if we didn’t have Emma in net.”

When the second period got underway, the Eagles picked up where they left off in period one with strong puck movement that culminated in numerous scoring chances that were fought off by Klenken. The score would remain 1-0 until Davies’ forward Morgan Sauvageau netted her second goal of the game at the 4:21 mark of the second period to make it 2-0.

Following a scoreless 12-minute stretch to close out the second period, Davies added two even-strength goals late in the third period to clinch a 4-0 victory. Marshall’s Klenken finished the game with an astounding 59 saves on 63 shots on goal.

The Tigers (1-2-1) will return to Red Baron Arena on Tuesday to host Luverne for a 7 p.m. puck drop. Weiss is hopeful for a much stronger start from her team against the Cardinals.

“We need to come out strong against Luverne. We’re definitely going to come out ready to play them and not let what happened last year happen again this year,” said Weiss. 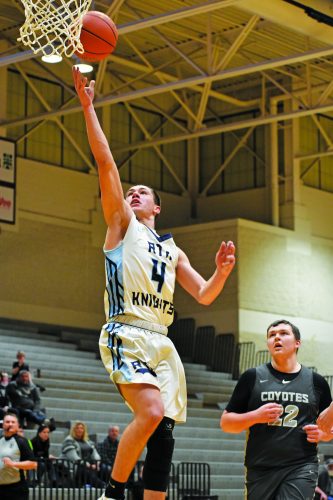 WINONA — Winona State rallied from an eight-point second half deficit using a late 19-3 run to earn a ...

MARSHALL — Marshall was voted as the winner of the Minnesota Wild’s outdoor ice rink vote, presented by U.S. ...