Marshall native steps up to challenge when key player goes down 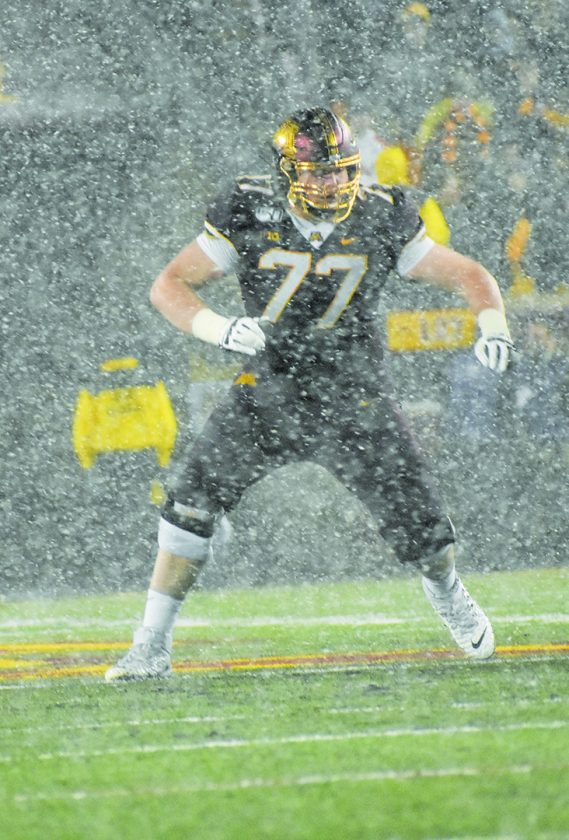 MINNEAPOLIS — Blaise Andries has provided a lot already in his collegiate career in helping anchor the University of the Minnesota offensive line. The Gophers offensive guard and Marshall native showed his range even more when fellow teammate Daniel Faalele exited Saturday’s game against the University of Wisconsin with an apparent right knee injury.

A major part for Minnesota’s offensive game plan was their ability to feature a heavy package with all of their lineman leading the way. Gophers coach P.J. Fleck said they felt confident it would help the passing and running game, but they were forced to adjust when Faalele went out.

“We had a lot of heavy package in, not only just for the run but the pass. We have six lineman, when I first got here we had four on the roster, now I feel like we have six solid guys in 2 1/2 years which is almost impossible to do and put together,” Fleck said. “When we lost him [Faalele], there’s no excuses, we’ve got to do what we have to do, but it took a whole package away from what we were going to do, a big piece of the game plan. Other guys had to step in and step up, it limits you in terms of types of protections when you get your six lineman on the field. We’ve had a lot of success with that.”

Despite the Gophers not coming out on top in the end, quarterback Tanner Morgan acknowledged Andries and the line for stepping into different roles when they needed to.

“They did a great job responding, being able to come out and move around. Blaise is like a Swiss-army knife. You can put him anywhere and he came in at right tackle and did a great job,” Morgan said. “I love those guys to death and I believe in them so much and I’m just so proud of how they fight each and every day.”