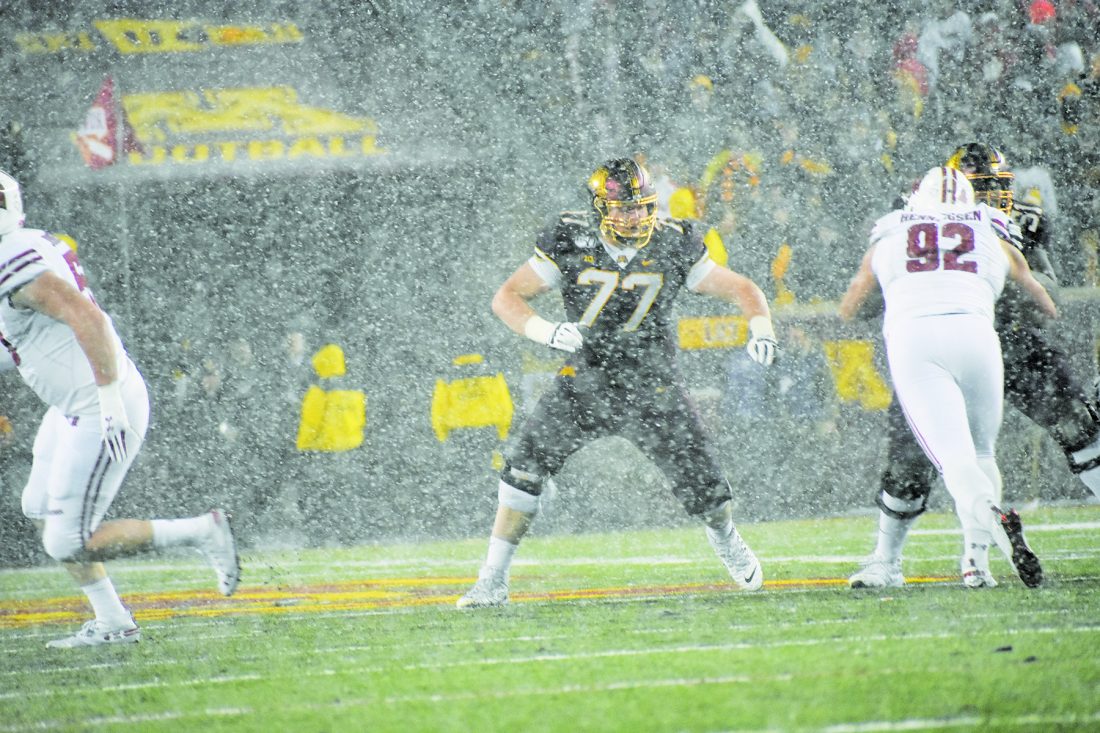 MARSHALL — The University of Minnesota football team has had a lot of time to get ready for its next game.

After suffering their second loss of the season against Wisconsin on Nov. 30, the No. 16 Gophers have spent the past month preparing for their bowl game against No. 9 Auburn University.

Former Marshall Tiger and Gophers’ starting left guard Blaise Andries said one of the biggest takeaways from their regular season is they are tough to beat when they get out to a strong start, but knows that making small mistakes can quickly snowball into a tough result no matter who they are playing.

“A couple of takeaways is when we play well and start fast, we’re hard to beat, but when we mess up and miss our details anybody can beat us,” Andries said. “We need to be confident and be able to handle that, so we’ve been watching film and taking away everything we can.”

This is the first meeting between the Gophers and the Tigers. It is also the second bowl game in as many seasons for Minnesota, with the previous one being a 34-10 victory over Georgia Tech in the Quick Lane Bowl in 2018.

When Minnesota received the announcement that it was going to play in the Outback Bowl, Andries said they were extremely excited and honored.

“We’re very excited and happy to be part of the Outback Bowl and it will be a great experience. We’re excited to go down South to Florida and enjoy this game with each other,” Andries said. “This team really enjoys working together, we’re such a family, and it’s one of the biggest reasons we’ve been successful.”

Auburn is coming off a 9-3 regular season and a 48-45 victory against Alabama in the Iron Bowl rivalry game. The Tigers will be led by 6-foot-2 freshman quarterback Bo Nix (2,366 passing yards, 15 touchdowns), as well as sophomore running back JaTarvious Whitlow (739 yards, nine touchdowns) and sophomore wide receiver Seth Williams (55 receptions, 801 yards and eight touchdowns).

The Gophers’ success this season was not only seen on the field, but off of it as well. Several Minnesota players were finalists and winners of top player awards, including Andries, who was given the Butch Nash Award at the team banquet as well as being named to the Academic All-America team.

Andries said he’s extremely grateful to earn those accolades and be recognized for his academic prowess and added he puts in a lot of work in the classroom just as he does on the gridiron.

“I do take a lot of pride in my academics and I’m very grateful to earn this award and it definitely shows if you work hard and stick to it,” Andries said. “It’s important to learn different concepts and how to stick through grinds because over the course of the college football season, all of those little details add up.”

Kickoff is scheduled for Wednesday at noon on ESPN. As they take the field for the final time this season, Andries said he’s looking forward to seeing how they continue to improve as a team as well as spending time with his teammates.

“There are three main times of the year — bowl games, spring ball and fall camp — where the most improvement takes place. During those times, guys can really focus on making themselves better and I’m looking forward to seeing how our guys can do that,” Andries said. “I’m also looking forward to hanging around the guys and just spending time with them.”