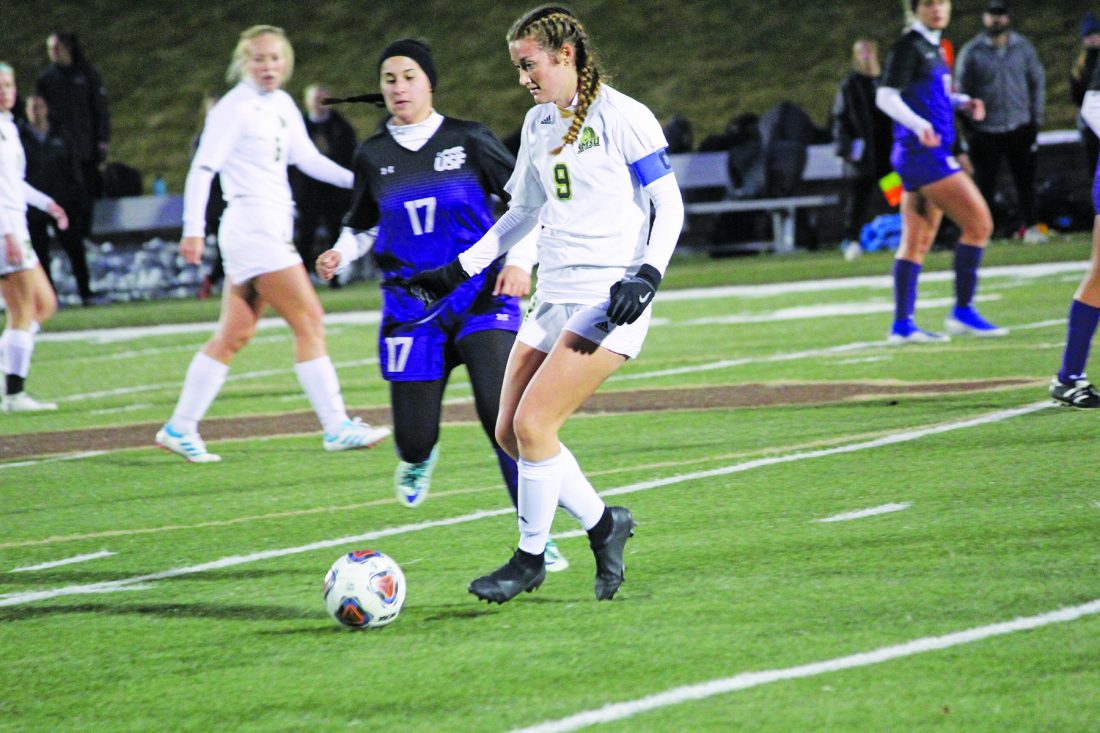 Photo by Jake Przytarski SMSU’s Alyssa Cerullo looks to make a pass during an NSIC game against the University of Sioux Falls. The Mustangs won the game 2-1.

MARSHALL – With just one-tenth of a second left, the Southwest Minnesota State soccer team (11-6, 9-6 NSIC) secured a 2-1 victory over Sioux Falls (4-9-1, 4-7-1 NSIC) as Mikayla Walters scored, assisted by Erin Fisher, on Friday night at the Schwan Regional Event Center in the final game of the regular season.

SMSU scored in the 44th minute by Alex Lotts, unassisted off her third attack at the net to go up 1-0.

USF’s McKayla Phillippi went to take a penalty kick in the 73rd minute to tie the game up 1-1.

The game was locked as the clock wound down with seconds left, the Mustangs threw in the ball from the 30-yard line as Fisher connected with Walters for the game-winning goal.

SMSU outshot the Cougars 18 to four with 10 shots on goal to three.

SMSU and Augustana will meet at 2 p.m. at Morstad Field in Sioux Falls, S.D. Augustana for the first round of the NSIC Tournament. Augie defeated SMSU earlier this season, 3-1 in Marshall on Sept. 20.