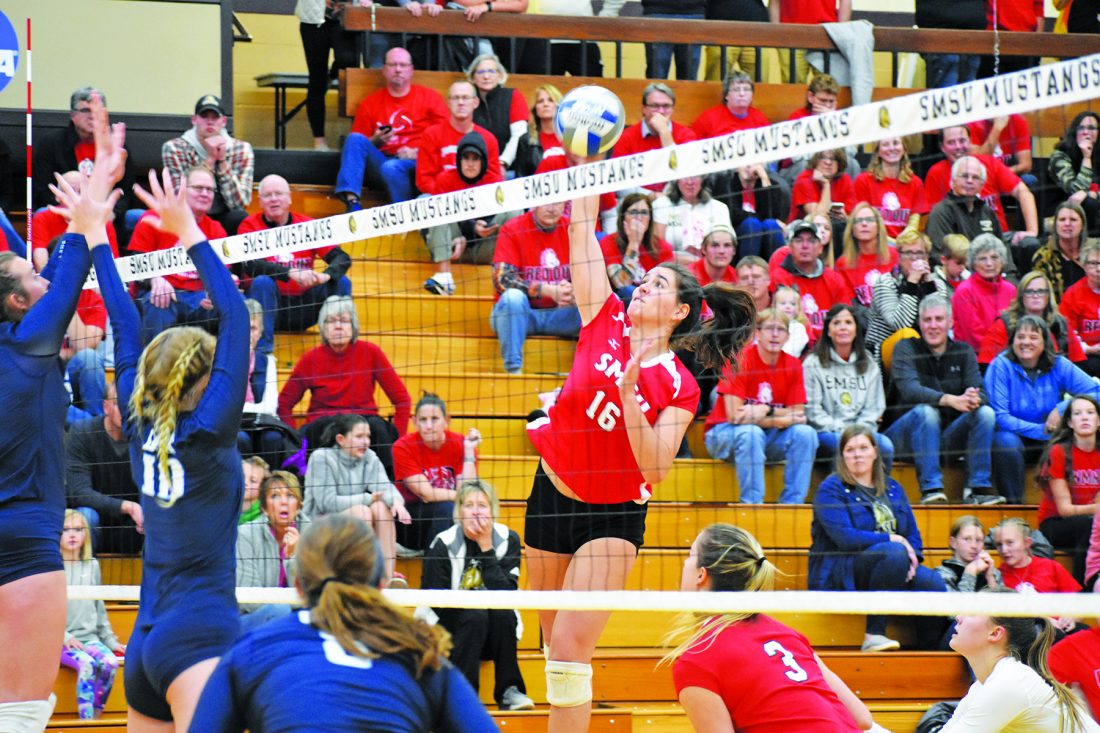 Independent file photo SMSU’s Zoe Lier connects on a kill during their match against Upper Iowa on Friday.

SMSU is 11-3 overall and 5-1 in the conference after coming out even on a weekend homestead with a sweep over a then-ranked No. 22 Upper Iowa squad, and falling to Winona State in three sets on Saturday afternoon. Winona State was mentioned as RV in last week’s poll and grabs the No. 19 spot this week to become the ninth team in NSIC competition to be ranked.

Southwest Minnesota State travels to No. 7 Concordia-St. Paul on Friday, Oct. 11 at 6:05 p.m. This meeting of two-top 10 teams was selected as part of the NCAA’s hybrid model of the Division II Showcase. The NCAA produced match will be available for fans to watch on a variety of media platforms including the NSIC Network, Division II Twitter and Division II Facebook pages.