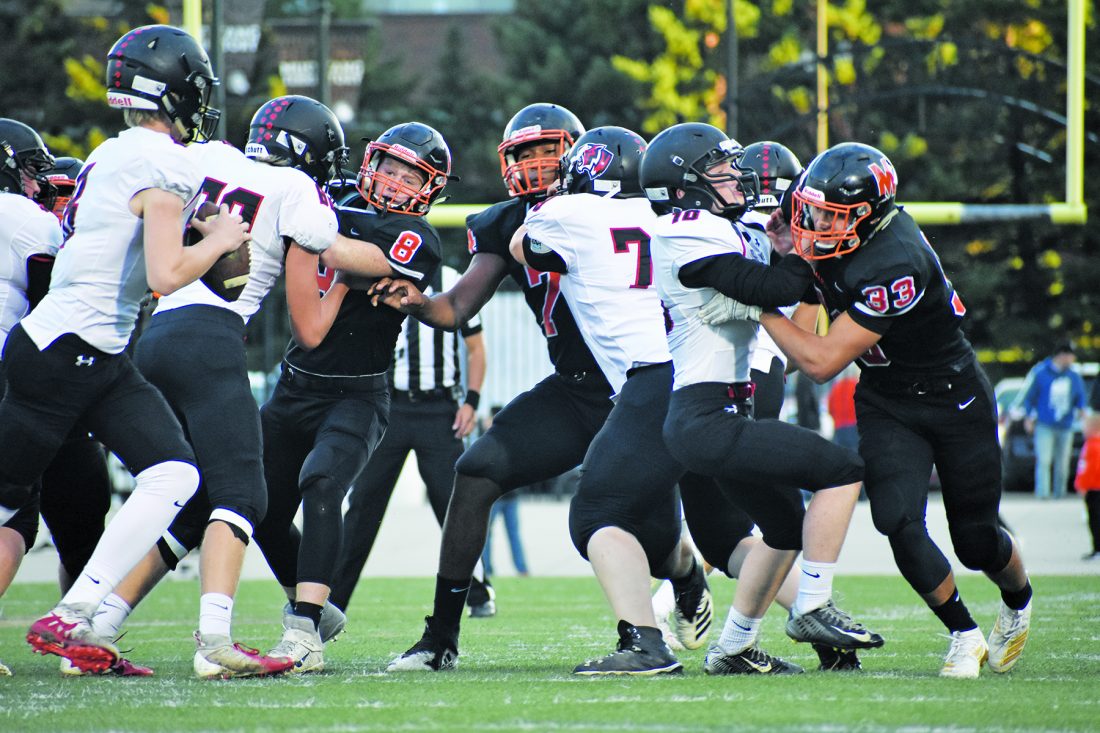 MARSHALL — The Marshall football team were faced with another section opponent last week, but continued to show its strong play on both sides the ball in a 68-0 victory over New Ulm.

The Tigers rolled on the offensive end, including exploding for 42 points in the second quarter alone while recording 460 total yards. Gabe Raini led the way for Marshall with 121 rushing yards on 13 carries and two touchdowns while Dean Pochardt added 75 yards on the ground and a pair of scores. Konnor Aufenthie threw for 79 yards and two touchdowns while Trey Steinbach led in receiving with 42 yards on three catches and a touchdown.

Defensively, Marshall held the Eagles to 15 yards of total offense, all on running plays.

Marshall coach Terry Bahlmann said he was pleased with his team’s performance on both sides and felt they got control of the momentum right away.

“I thought it was a good team win, especially defensively. I think we held them to 15 yards for the game and zero completions so we did a good job there and played our assignments,” Bahlmann said. “Offensively, we were very efficient besides the fumble inside the 5, but we moved the ball against a 3-1 team and got momentum and kept it going the whole game.”

Tonight, the Tigers hit the road to take on Worthington, who is coming off a 48-13 loss to Waseca last week. Worthington is led by senior quarterback Will Brandner, senior running back Emmett Bickett and wideouts Joe Boever, Gabriel Johnson and Kipton Jenson.

Bahlmann said Worthington will display a few different formations on offense, so they need to make sure they’re prepared for multiple looks both up front and in the secondary.

“Worthington’s going to show multiple formations, a couple of them with an empty backfield, so we need to make sure we’re in our checks right and have the secondary attack the ball when it’s in the air and make some plays,” Bahlmann said.

Kickoff against Worthington is slated for 7 p.m. As they move closer towards the end of the regular season, Bahlmann said they knows things won’t get any easier and added they have to continue to improve and make sure the momentum is on their side.

“We know that we’re going to have some tough games down the road, we can control playing well and getting better and we’ve got to work on that,” Bahlmann said. “We’ve got Waseca and Jordan at the end of the schedule so we know they’re both going to be tough games, so we need to make sure that the momentum is going in our favor and we’re playing well when we get there.”