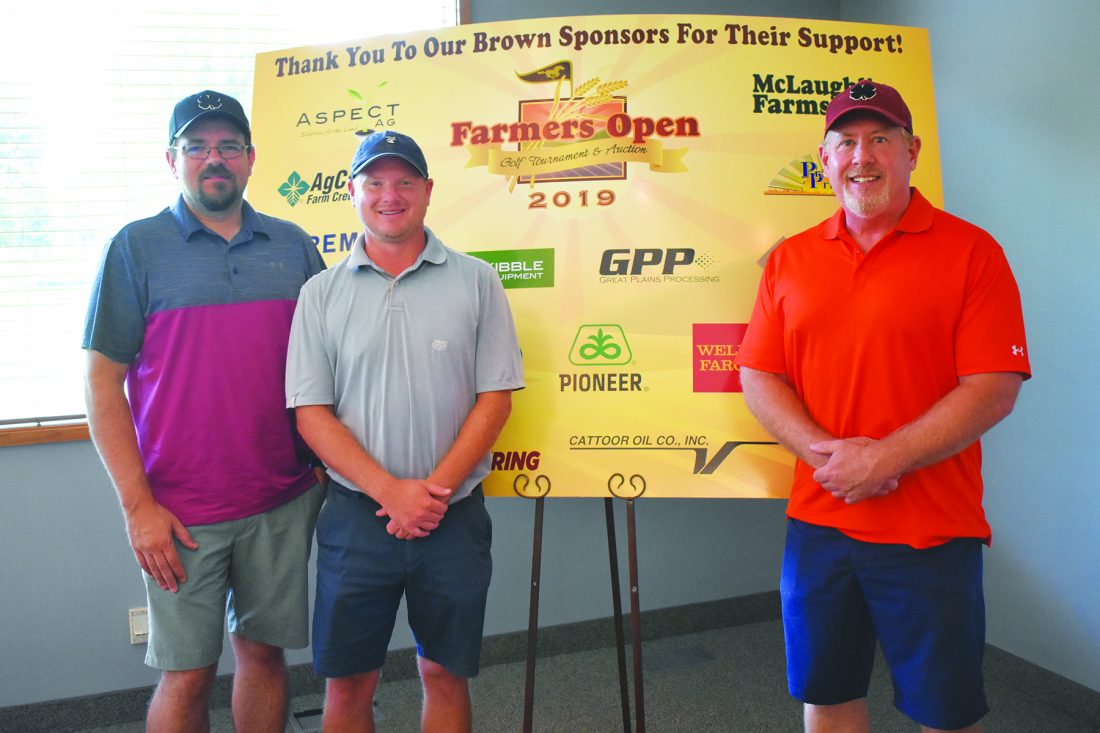 Photo by Sam Thiel Mike Fiedler, Quinton Honerman and Wade Miles of the Great Plains Processing team pose for a photo after taking first in the Farmers Open golf tournament on Monday. Not pictured: Mike Zuickman.

Multiple flag events were held throughout the course. The winners are listed below: