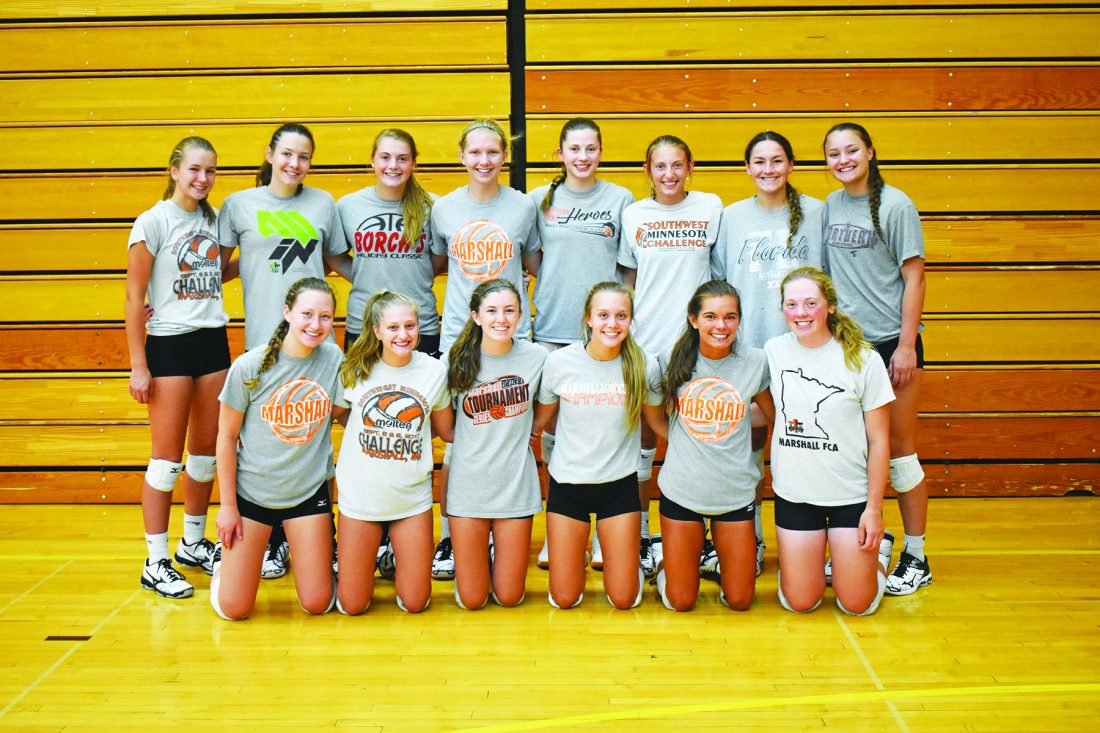 MARSHALL – Last season, the Marshall volleyball team crossed off a lot of accomplishments. The Tigers took home their eighth straight Big South Conference title as well as another Section 3AA championship before making a deep run in the state tournament, placing second in a hard-fought five-set match against North Branch.

With several key returners and a strong senior class, the Tigers are ready to take on the challenges that are in front of them in order to return to the state tournament.

Marshall coach Dan Westby said with a big group of players coming back, they’ll need to use that experience to their advantage and take their game to the next level.

“We were within a point of winning the state championship. We have a lot of kids back, with 90% of the offense returning,” Westby said. “We need the returning players to come in and elevate their game and the newcomers to come in and contribute. We’ve spent a lot of time talking about limiting errors.”

During the first few weeks of practices, Westby said one of their main areas of focus has been on creating strong contact in both passing and serving.

“We’ve spent a lot of time focusing on having a strong first contact, whether that be serving or passing. If we do those two skills well, we should be able to hang around,” Westby said. “We’re also looking for players that can lead like our six seniors from a year ago.”

Westby said they have high expectations their group this season and it starts with playing well in their conference.

“We’ve got a very tough schedule, so we need to be ready every night out. Winning the conference is important,” Westby said. “It means that you’re doing things as well or better than the teams around you. Getting to the state tournament is always a goal.”

Marshall opened the season on Thursday with a 3-2 victory against Willmar.