FALL PREVIEW: Panthers look to bounce back in 2019 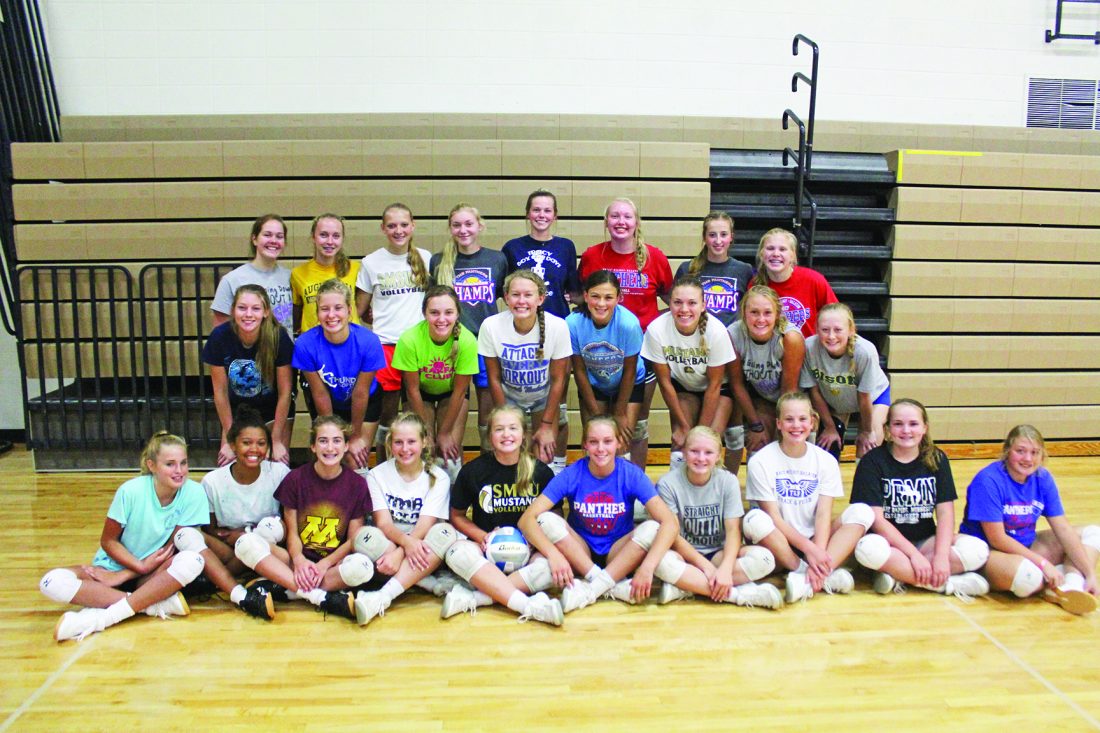 TRACY – After an up-and-down 2018 season for the Tracy-Milroy-Balaton volleyball team, the ever-dangerous Panthers are poised to get back on track this upcoming season with a blend of talented returners and rising underclassmen set to guide this year’s team.

Among the nine returners from last year’s squad, four seniors will be leading the way with Carly Holland, Olivia Peterson, Catherine Wendland and Mattea Steffes all hoping to take another step forward in the 2019 season. According to head coach Rick Haberman, several sophomores and freshmen are still battling for other spots on the team through their work in practice.

“Right now we are focusing on our defense, serve-receive and serving,” said Haberman. “These areas are where we have the least experience returning. There will be a number of kids battling to gain those roles on our team.”

As the focus currently remains on defense, Haberman anticpates a need to hone their offensive skills as the season progresses in addition to limiting unforced errors.

“As time goes on we will need to become a better offensive team,” said Haberman. “We need to find ways to get the ball to the floor on the opposition’s side. Limiting unforced errors is another area of focus entering the season.”

With TMB’s season all set to begin on Aug. 27 against the Windom Eagles, Haberman is looking forward to guiding a great group of kids and tackling all of the ups and downs that will go along with a long season of volleyball in the deep Camden Conference.

“(I’m) looking forward to the season. We have a great group of kids on this ball team,” said Haberman. “It will be fun to work through the ups and downs, and the variety of challenges that a season presents with them. We are going to work hard and enjoy the season.”

Brittany Howard looks past and forward ahead of the Grammys