AMATEUR BASEBALL: Lamberton comes back late to take out Essig, 3-2 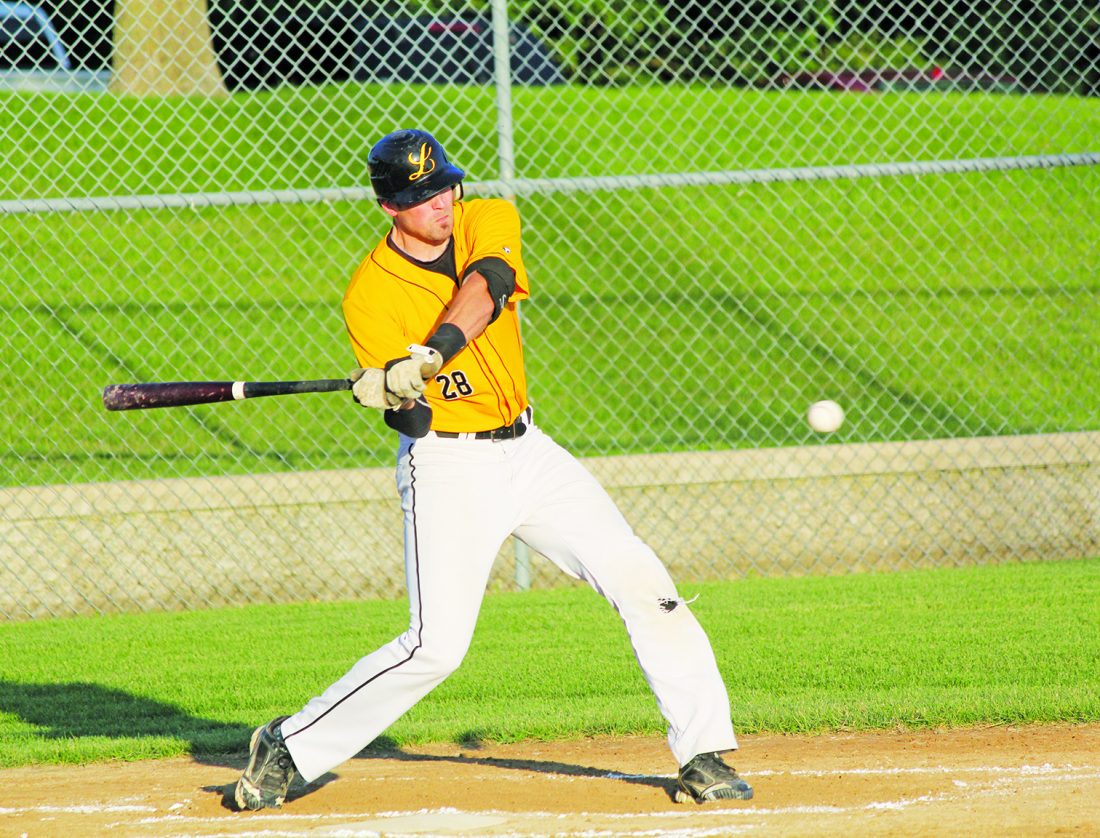 Photo by Jake Przytarski Lamberton’s Johnny Pistulka swings at a pitch during their Tomahawk East playoff game against Essig on Tuesday. Lamberton defeated Essig 3-2 to advance to the Region 2C tournament.

LAMBERTON – With a final spot in the Region 2C tournament hanging in the balance, the No. 4 seeded Lamberton Longsox were forced to dig deep in their series-deciding game three matchup with No. 9 Essig in the Tomahawk East League playoffs on Tuesday.

Utilizing a two-run eighth inning, the Longsox were able to battle back from a late one-run deficit to beat the Bluejays 3-2, and win the series two games to one.

Throughout the low-scoring affair, the Longsox leaned heavily on starting pitcher Nick Altermatt, who provided seven shutout innings on the mound while tallying nine strikeouts and giving up only a pair of hits.

Essig starting pitcher Jay Helget was equal to the task in keeping the Longsox hitters off-balance throughout the contest with six shutout innings of his own. It wasn’t until the bottom of the seventh inning that the first run was scored as Lamberton’s Holden Salfer got aboard via an error in the field and was later waved home on a single by Donald Strand to give the Longsox a 1-0 lead through seven complete.

The Bluejays were quick to respond in their next time up by loading the bases with one out to force Lamberton to make a pitching change with Johnny Pistulka taking over on the mound. Pistulka would go on to retire the first batter he faced before a two-out base hit drove in a pair of runs to give the Bluejays a 2-1 lead.

Lamberton’s game-winning runs came in the latter half of the inning when Altermatt led off with a bunt single and went on to steal second and third before an errant throw brought him home to score the tying run. Will Carlson provided the game-winning hit later on in the inning by legging out an infield single with runners on second and third.

With the victory, the Longsox earned a spot in the six-team Region 2C tournament where they will open up competition on the road against Springfield on Saturday at 4:30 p.m. Lamberton will return home to take on Hanska the following day at 4:30 p.m.