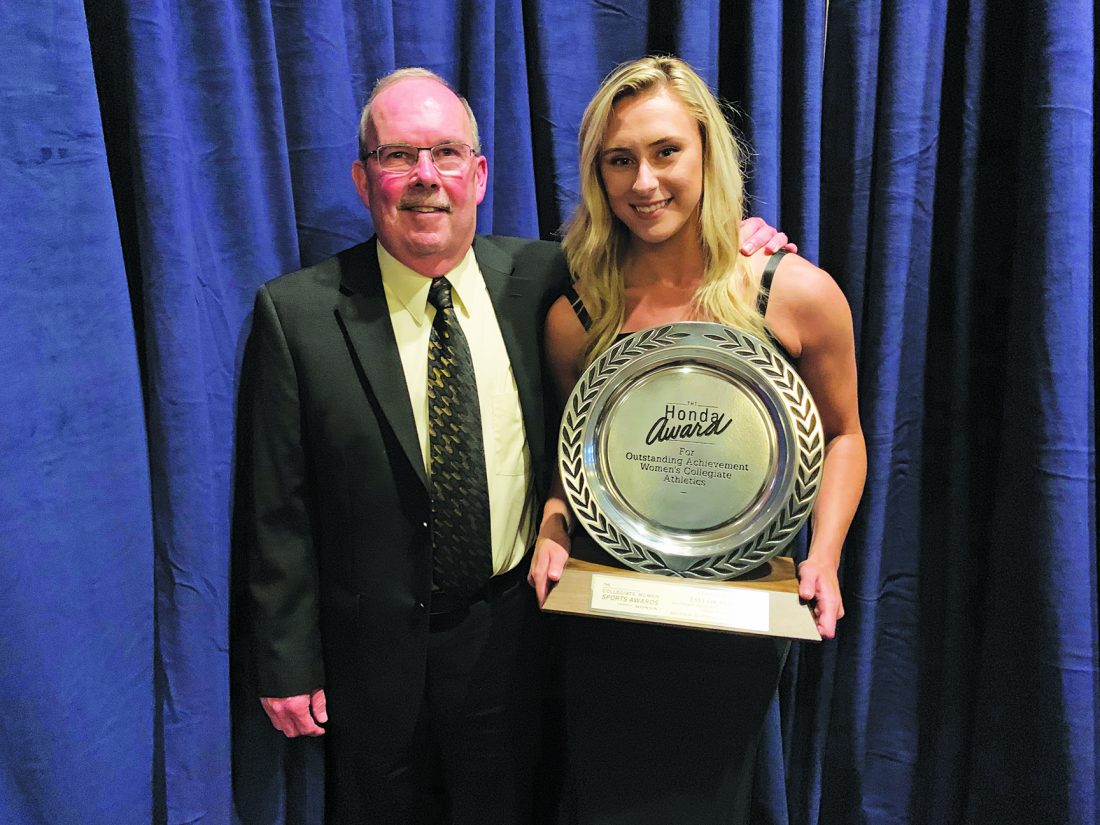 Photo courtesy of SMSU Athletic Communications SMSU’s Taylor Reiss and Mustangs volleyball coach Terry Culhane pose for a photo after Reiss was awarded the Division II Honda Athlete of the Year at the Collegiate Women Sports Awards on Monday in Los Angeles, Calif.

Reiss, a native of Tauton, received the award and was interviewed in front of a live national television audience on CBS Sports Network.

The CWSA, in its 43rd year, honors the nation’s top NCAA women athletes recognizing superior athletic skills, leadership, academic excellence and eagerness to participate in community service. Since commencing its sponsorship in 1986, Honda has provided more than $3.1 million in institutional grants to the universities of the award winners and nominees to support women’s athletics programs at the institutions.

The honor was voted on by national balloting among 1,000 NCAA member schools as part of the CWSA program.