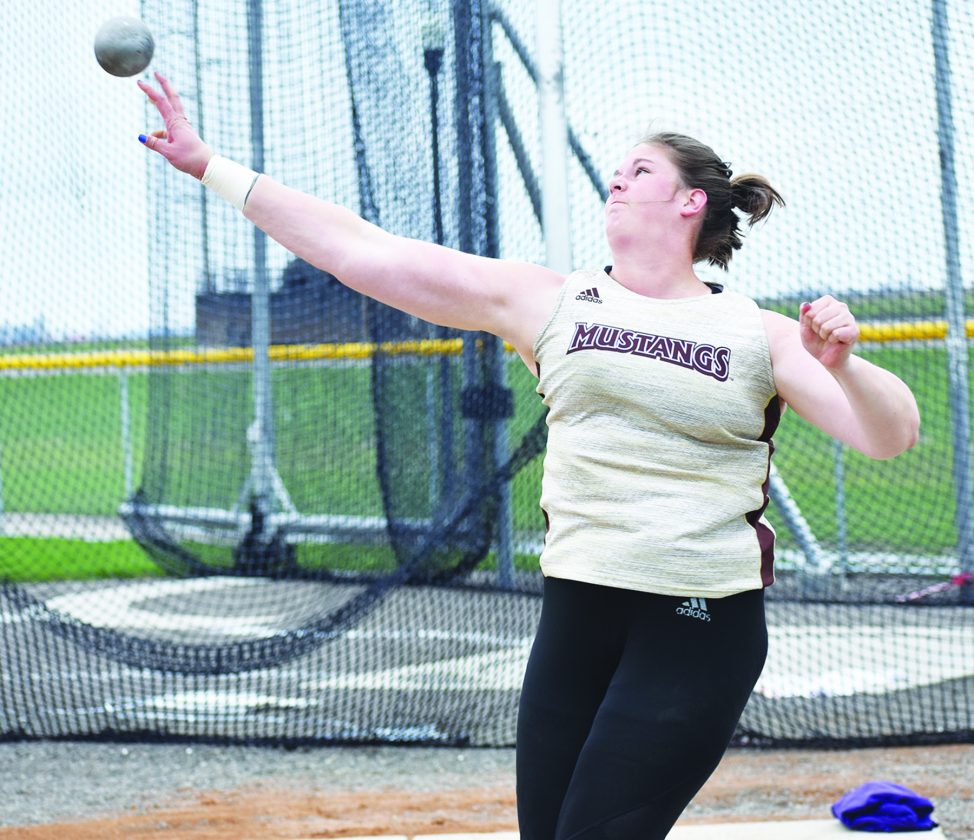 Independent file photo SMSU’s Rebecca Manteuffel competes in the shot put during their home meet on May 1.

Manteuffel will compete in both the discus and the shot put at the championship which will take place on May 23-25 at Javelina Stadium in Kingsville, Texas. The meet will be hosted by Texas A&M University, Kingsville.

It’s the second straight season Manteuffel has qualified in the discus for the NCAA Outdoor Championships. Last season she finished 18th overall with a toss of 42.65m in Charlotte, N.C.

Manteuffel, who became the first SMSU track & field athlete to qualify for the NCAA Outdoor Championship last year, also qualified for the 2019 NCAA Indoor Championship this past March finished 17th in the weight throw.

Manteuffel also earned All-Region honors from the U.S. Track & Field and Cross Country Coaches Association for her performance in the discus during the 2019 outdoor season.

USTFCCCA All-Region accolades are given to athletes who recorded a top-five ranking mark in their region. The Central Region consists of schools from the NSIC, the Great American Conference and the Mid-American Athletic Association.

Manteuffel, a native of Cologne, recorded a school record toss of 52.96 meters to capture first place at the Northern Sun Intercollegiate Conference Championships on May 11 in Duluth. Her NCAA auto toss ranks second in the Central Region and sixth in Division II.