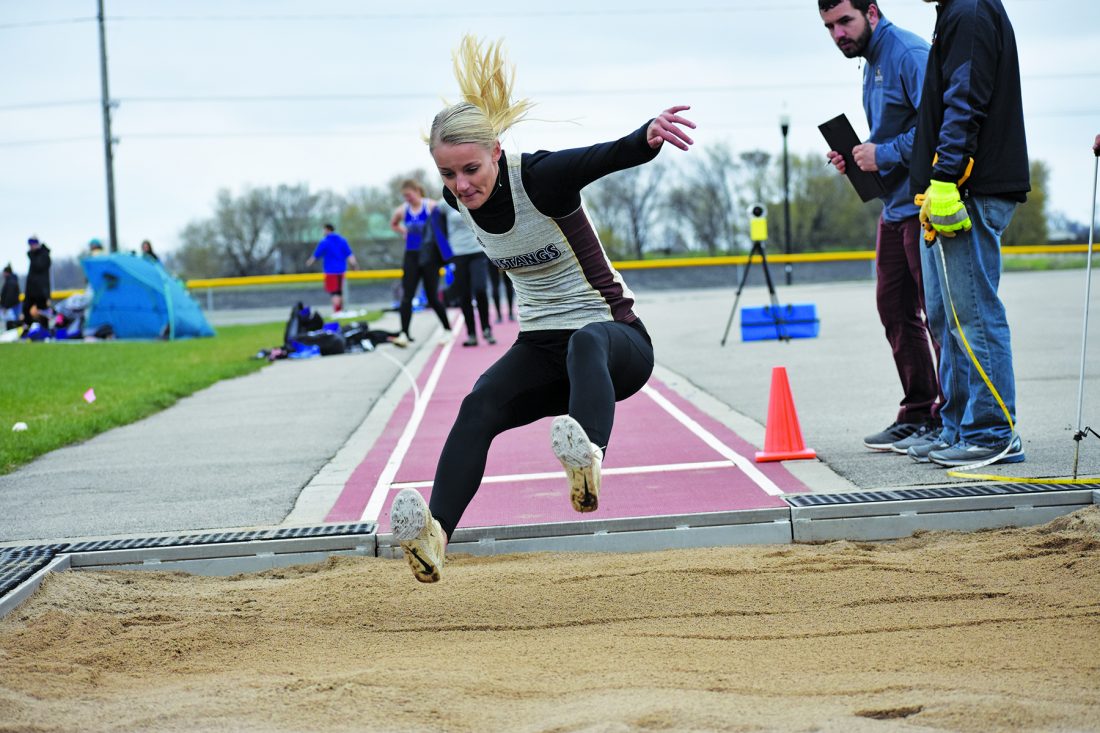 Independent file photo SMSU’s Ginny Pederson competes in the long jump during their home invite on May 1. The Mustangs will participate in the NSIC Outdoor Championships this weekend in Duluth.

MARSHALL – The Southwest Minnesota State University women’s and men’s track & field teams are set for a big weekend as they compete at the Northern Sun Intercollegiate Conference Championships on Friday and Saturday in Duluth.

Both the 11-team men’s and 15-team women’s championship will be held at Malosky Stadium and will be hosted by the University of Minnesota Duluth.

All-conference performers consist of the top three place winners in each event and the members of the top two relay teams from the meet.

On the women’s side, Ashlyn Jones ranks tied for first among NSIC competitors in the high jump with a mark of 1.64m, while Rebecca Manteuffel is second in the discus at 51.12m, which is also an NCAA provisional mark. Norah King also ranks among the top 10 in the discus ranking 10th at 42.34m.