Milroy Irish use quick-scoring offense to cruise past Tracy 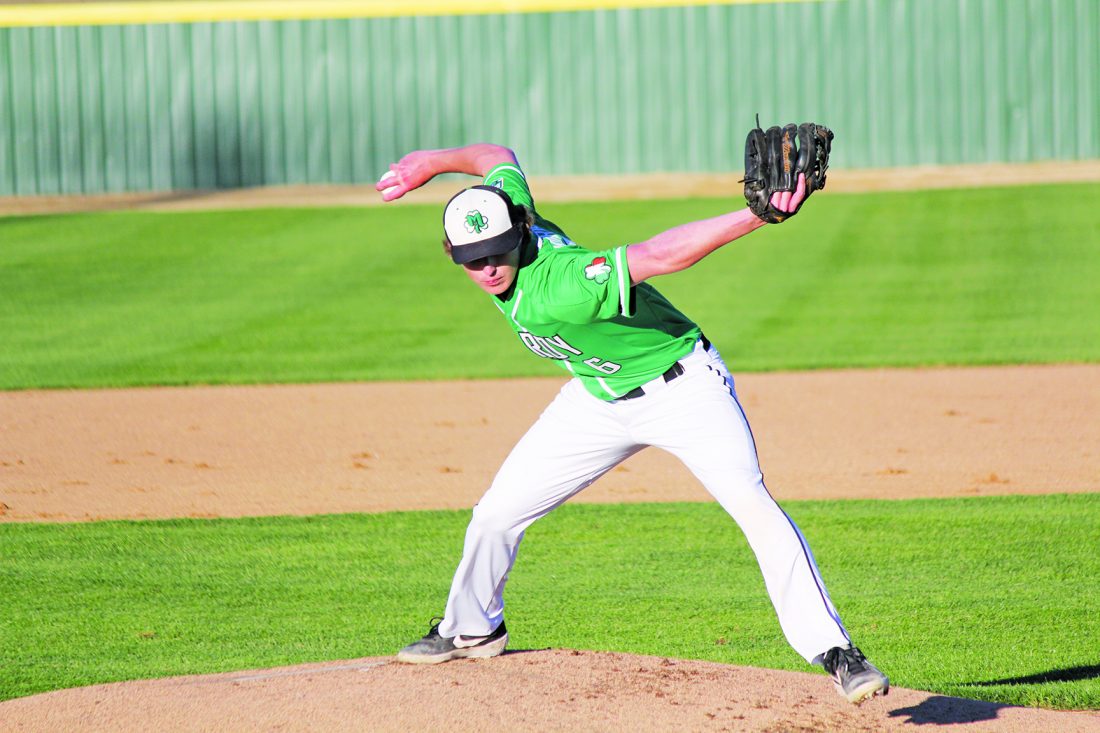 Photo by Jake Przytarski Milroy Irish’s Kenny Morris delivers a pitch during their game against Tracy on Friday. The Irish defeated the Engineers 12-1 in seven innings.

MILROY – The Milroy Irish extended their unbeaten streak in Gopher League play to five games on Friday with a 12-1 victory over Tracy that featured another scorching-hot display at the plate. The 12 runs scored for Milroy marks the third consecutive game that the Irish have finished with double-digit run totals.

On the hill for the Irish was Kenny Morris, who set the tempo in the top of the first inning with his first of three straight 1-2-3 innings to open the game. Morris went on to hold the Engineers without a hit until the top of the fifth when Dan Scamp ended the drought with a double and later scored on a Travis Apperson sac-fly to give Tracy its lone run of the game.

At the plate, the Irish opened the scoring in the bottom of the first inning but generated most of their offense in the middle innings with a total of 10 runs coming across in the fourth and sixth innings. The scoring was highlighted by a two-RBI single by Tyler Patterson followed by another run-scoring base hit by Dominic Dolan to give the Irish a 5-0 lead.

In the sixth, one of the Engineers five total errors in the contest scored Milroy’s seventh run of the game before Brady Lanoue drove in the team’s eighth run with a base hit. Anthony Dolan and Derek Riley each followed suit with RBI base hits to extend the lead to 10-1. Patterson closed out the scoring with a two-RBI double. Patterson led all hitters with four RBIs in the win.

The Irish will hit the road for their next matchup coming against Pipestone at 7:30 p.m., while the Engineers are scheduled to take on the Pirates in Windom at 4:30 p.m. on Sunday.