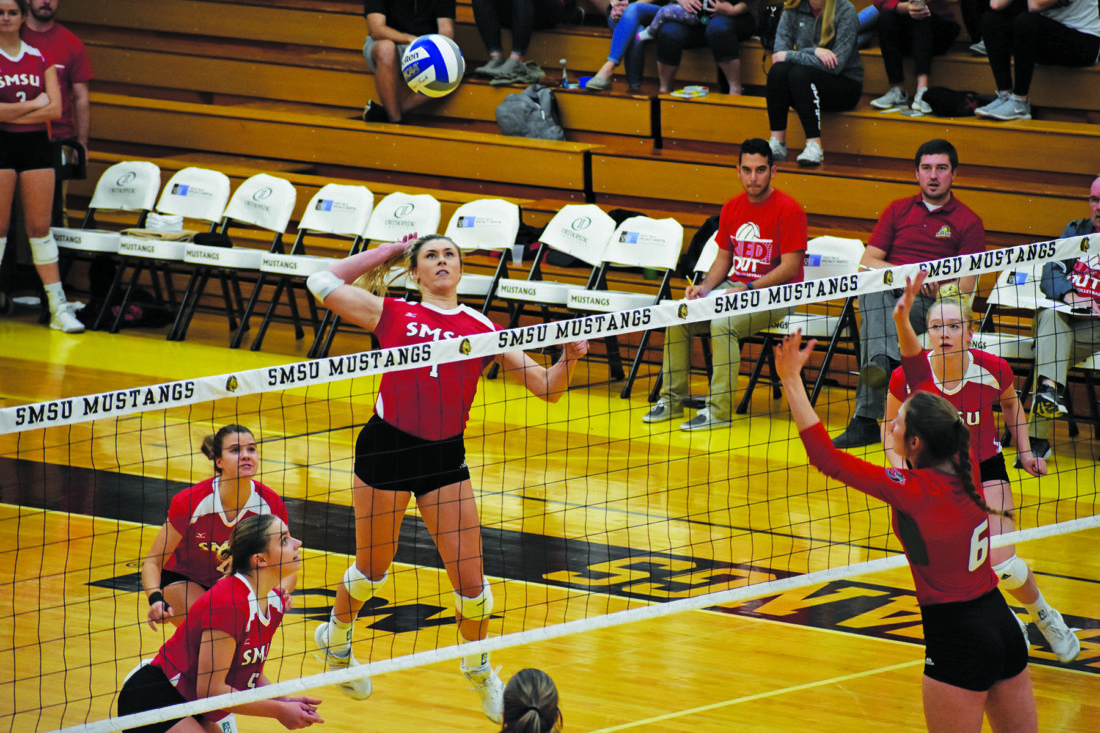 Independent file photo SMSU’s Taylor Reiss goes up for a kill during their Oct. 19 match against Minnesota State University Moorhead.

12 athletes honored on the AVCA All-America teams have received this award in the past with Reiss leading this year’s selections as the lone recipient in this class to garner AVCA All-American honors three times.

Reiss, who was named the Conference Commissioner’s Association (CCA) Region Player of the Year and the Northern Sun Intercollegiate Conference Player of the Year earlier this month, currently ranks first in the latest (Nov. 17) Division II national statistics in kills, points per set (6.42) and kills per set (5.72), while ranking second in attacks per set (14.45) and third in total attacks with 1,676.

Reiss helped the Mustangs to a 23-9 overall record and another appearance in the NCAA Tournament.