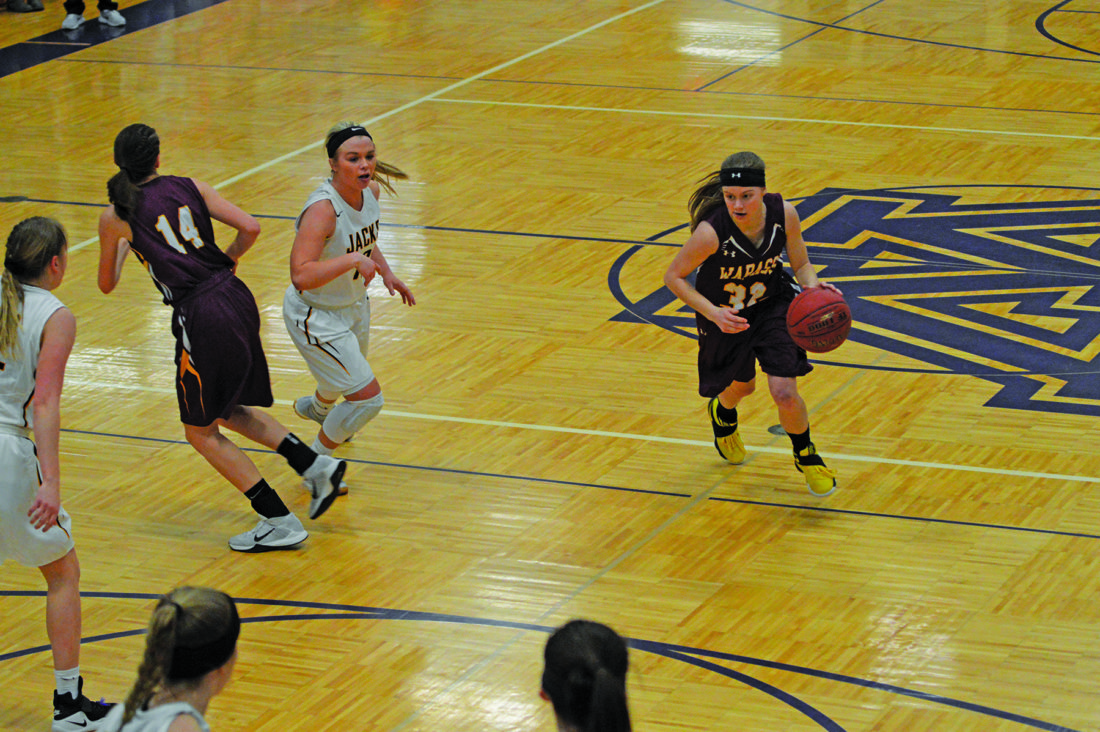 WABASSO – Last winter the Wabasso Rabbits girls’ basketball team had one senior on the roster. With a lot of inexperience on the floor the Rabbits went through a roller coaster of a season. Despite all the ups and downs the Rabbits came within two wins of reaching the section championship game.

This winter the Rabbits will return a talented core of players, including five seniors. Lindsey Bernardy is one of those five seniors.

With such a talented group of players returning, Bernardy is setting her sights high for her final season as a Rabbit.

“I really want to get to state this year,” Bernardy said. “We’ve made it to the section championship before. I’d love to be on the court again at Southwest Minnesota State University for that section final. We had a really young team last year. We have a lot of people coming back this year. We only lost one senior and I think we can go really far.”

Bernardy started playing competitive basketball in third grade. It was from there that Bernardy developed a passion for the game.

“I just like everything about the game,” Bernardy said. “I love that it’s such a team sport. My favorite statistic in basketball is the assist. That’s one of my favorite things. In basketball there are five people out there working together, plus the bench players. Everybody is working together to win.”

This past fall Bernardy was a member of both the volleyball and cross country team for the Rabbits. This season she’ll be focusing solely on cross country.

The decision to pick between volleyball and cross country wasn’t an easy one for Bernardy. In the end it came down to her passion for running and the opportunity to meet new people during cross country meets.

“I just like the atmosphere with cross country,” Bernardy said. “Everybody is so friendly. There are times in the middle of the race where I’ve had conversations with people. That’s really cool and you make a lot of friends. In track you run around in circles and it’s still fun, but in cross country you get the scenery and the different terrain.”

Bernardy knows that the track season will be her final sports season as a Rabbit and it’s something she’s not ready to think about just yet.

“I’ll miss the town itself,” Bernardy said. “Everybody is always so supportive. When we travel and go to other places are fan section is always big and there to support enough. All of our fans go to as many games as they can and they always cheer loud. It’s an awesome thing to have that sense of community.”