April 1, 2020 is Census Day. The once-a-decade population count provides rich data on communities, including trends in the population, projections of growth, and information on demographics that can provide potential for federal and state dollars. Congressional representation is also based on official census counts.

Minnesota is one state that may potentially lose a seat in Congress. In addition, the data can also add opportunity for economic development. The data helps business inform better decision-making regarding business expansions, closures, hiring strategies, and other business practices to decrease perceived risks and increase return on investments.

• June 2020 through July 2020: Census takers go door to door to count people who have not responded to the 2020 Census. Census takers are Census Bureau employees and will provide proof that they are official government personnel.

• Dec. 31, 2020: By this date, as required by law, the Census Bureau reports to the President of the United States the population count and the apportionment of seats in the U.S. House of Representatives to each state.

The Marshall Area Chamber of Commerce is sponsoring State of the City Address for the second year. Mayor Bob Byrnes and I will talk about the City’s 2019 accomplishments, challenges and the vision for Marshall’s future. The city’s strategic plan will be outlined, and we are hoping to unveil the city’s new brand. Both projects started in 2019 and took over a year to fully come together.

The event is scheduled for March 4 from 11:30 a.m. until 1 p.m. and registration can be completed through the Marshall Area Chamber. For those not in attendance, the event will be broadcast live through the city’s Facebook page.

City councilmembers will provide an opportunity for city feedback at the now annual Councilmember Townhall events. Councilmembers are paired per Ward and this year we hope to gain public input by having the events broadcast live on the city’s Facebook page with questions taken remotely. The Townhalls will soon be scheduled at the end of March/early April and advance public notice will be given.

Last year the City Council received results of a pool study on the 50-year-old facility. Lack of accessibility to aging mechanical systems is at issue. The concept for new facilities was estimated at a cost of $8 million. Due to community interest and other community needs in the area of recreation, the city would like to ensure we have an opportunity for community input.

Like the community input session on the city’s strategic plan, a World Café style event has been scheduled for April 30. Details on location and timing will be publicized as the event is formally organized.

The city’s social media presence on Twitter and Facebook is yet another way we communicate to the broadest possible audience and we intend to further increase our posts in 2020. The City of Marshall’s intent is to increase transparency, immediacy, and feedback to the community and to address the fast-changing landscape of the Internet and the way residents communicate and obtain information online.

The city’s social media is intended to get information out to a wide number of people quickly, not as an in-depth or complete source of information, but as an evolving supplement to the city’s website, articles, press releases, and in-person communications. For these reasons, staff may not respond to every comment or question posted on the City’s social media sites, however all comments and questions are read and reviewed for appropriate response.

administrator for the city 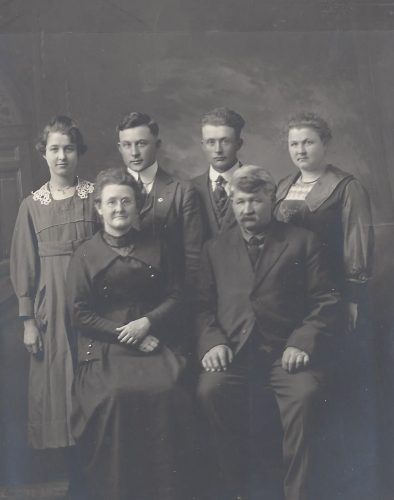