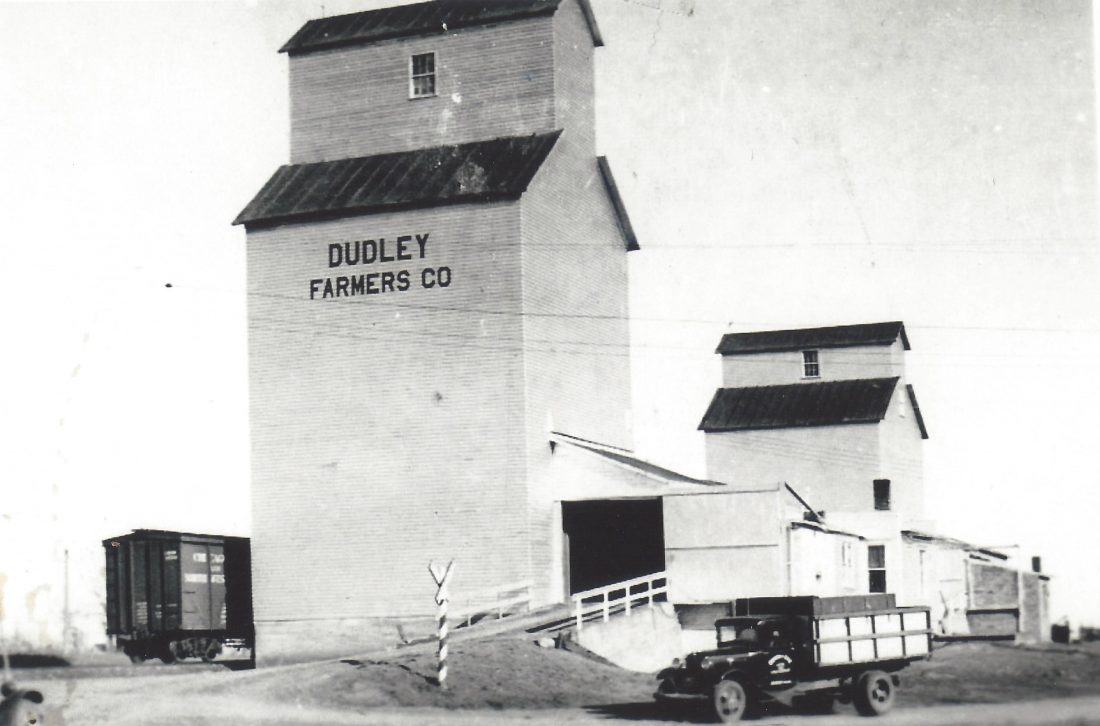 Dudley was a railway station on the Chicago and Northwestern Railroad in the northwest quarter of section 17 in Clifton Township. It was platted on Dec. 20, 1901. The village was named for Dudley village and township in Massachusetts. The following information on the history of Dudley is from “1912 History of Lyon County” by Arthur P. Rose.

When the roadbed was being graded in the summer of 1901, it was rumored that one of the stations would be in Clifton Township, and in November the railroad authorities announced that such a station would be established and that its name would be Dudley. A townsite of four blocks was surveyed by F.R. Cline and platted on Dec. 20, 1901, by the Western Town Lot Company, of which M. Hughitt was president. The lots in the several plats along the new line of road were sold at public auction by the town lot company in April of 1902. A few were sold at Dudley at an average price of $100.

Train service on the new road was established on Aug. 13, 1902, and two grain firms erected elevators to handle the season’s crop. In the spring of 1903, the voters of Clifton Township decided to build a town hall at the station and it was announced that the Hayes-Lucas Lumber Company would put in a lumberyard. Mrs. J.W. Castle conducted a store there for three years. A village did not materialize at Dudley. The railroad station was closed on March 3, 1904. The grain business continued and a post office was maintained for a time.

The photograph featured this week of the Dudley Farmers Company Elevator is courtesy of Marshall resident, Mary DeAustin. The Lyon County Historical Society is a non-profit, member-supported organization. For more information on membership, research, volunteering, or the museum’s collection, please contact us at 537-6580 or director@lyoncomuseum.org. Like our page and follow us on Facebook.

If you are like a lot of homeowners, you occasionally check real estate websites for a sense of the current value ...

Last month was the time to make New Year Resolutions. I missed my chance back then to make my usual ...

Myth #1: Hospice is a place. Hospice is not a place but a philosophy of care. Wherever a patient calls home is ...