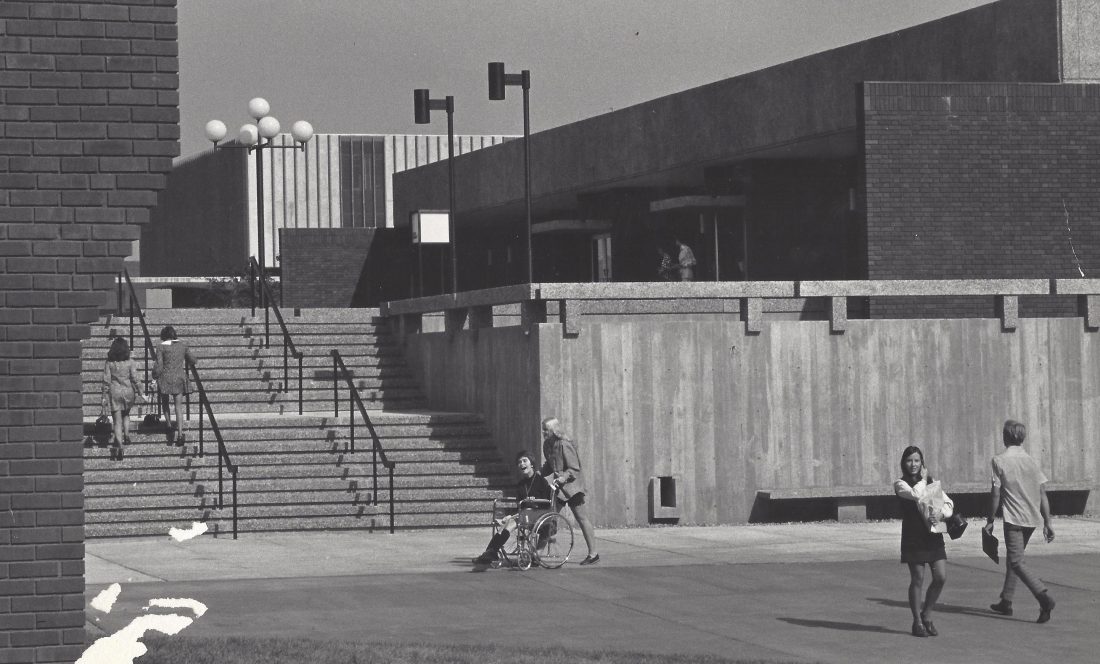 In 1959, a bill authorizing a study on whether southwestern Minnesota needed a four-year college was passed into law. The interim committee set up to study the matter came up with seven possible sites for the new college: Marshall, Tracy, Granite Falls, Redwood Falls, Montevideo, Willmar, and Worthington. Other towns in the area expressed interest in a college and ended up in the running, included Slayton, New Ulm, and Luverne. In late 1960, a subcommittee of the Legislative Research Committee approved a four-year college for the region.

This began a period of intense competition among the various towns. By the summer of 1963, six towns were in the running, but the real contest was between Marshall, Redwood Falls, and Worthington. The site selection committee visited all the towns, and on Oct. 10, 1963, chose Marshall as the site of the new Southwest Minnesota State College (SMSC).

Within days of their triumph, Marshall raised $250,000 College Fund, which was used to by a 216-acre piece of land on the east end of town. The land’s owner, John McLaughlin, donated $100 per acre to the college. In 1964, this land was transferred to the state.

The modern architectural design of the buildings was noted by the Marshall Messenger. The school was heated and cooled entirely by electricity, which made it particularly cost efficient. Also, the college was built to be entirely barrier free, one of the first schools of its kind to be completely accessible to people with disabilities, some 25 years before the Americans with Disabilities Act was signed into law.

The photograph featured this week from the museum’s collection was taken on campus in the 1970s. The Lyon County Historical Society is a non-profit, member-supported organization. For more information on membership, research, volunteering, or the museum’s collection, please contact us at 537-6580 or director@lyoncomuseum.org. Like our page and follow us on Facebook.

If you are like a lot of homeowners, you occasionally check real estate websites for a sense of the current value ...

Last month was the time to make New Year Resolutions. I missed my chance back then to make my usual ...

Myth #1: Hospice is a place. Hospice is not a place but a philosophy of care. Wherever a patient calls home is ...