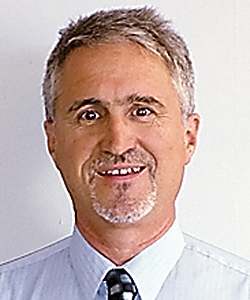 Three months ago I met up with Jeff Chandler and his son, Troy, on their Triple C Feeders farm outside Balaton to write about their beef operation for the Independent’s Ag2 special section that published on March 5.

During the Feb. 6 interview, I remembered Jeff talking about outside influences affecting the price he gets from processors for his cattle. One of the influences he mentioned was the coronavirus. Back then, the coronavirus didn’t seem like a big deal here in southwest Minnesota. It wasn’t even being called COVID-19 yet.

“Beef up until this coronavirus deal, it was looking pretty good,” Jeff told me. “It did take a hit here in the last 10 days or so since that coronavirus. A lot of beef gets eaten at restaurants. I asked this question ‘what do they think, people going to quit eating?’ And the answer I got is they figured people aren’t going to go out as much, which I suppose there’s some truth to that.”

At the time, I don’t think Chandler had any idea how bad it would get. A month later, the pandemic forced Minnesota Gov. Tim Walz to shut down all bars and restaurants. And eventually, COVID-19 was wreaking havoc on the meatpacking plants, leaving hundreds of workers testing positive.

Chandler was among three interviews I conducted in January and early February for Ag1 and Ag2. With the recent shutdowns of the meatpacking plants in the news, which caused backups in the processing system, I was curious on how all three farmers were doing with the pandemic.

Before I could finish, Chandler started laughing.

“I don’t think you want to print this,” he said, as he laughed some more.

I understood his laughter wasn’t of joy, but of anxiety.

“It’s a disaster, in my opinion, facilitated by the government letting the packing industry consolidate like it did,” Chandler said. “Because basically, they were able to consolidate enough to where if they don’t run full they can’t kill the supply animals. And of course right now they are not running full.

The Chandlers raise about 2,700 heads of cattle at one time. Chandler explained to me that the calves usually arrive at the farm weighing 600 pounds and leave at around 1,500 pounds. The headline over the Ag 2 article stated “Every pound counts on the Triple C.”

Unfortunately, the pounds are adding up on the farm right now, and he may not have a buyer for them unless the meatpacking plants open up and overcome the backup.

So I came up with another profound question: “What about the cattle you have right now? Will you be able to get them to market?”

“We don’t have any ready for 60 days. I’m hoping like heck it starts straightening out real quick because it’s going to take for us to work through it. Especially, we are basically months away from the cattle drop off of 2019 coming to market and once that starts coming, then there’s a lot of beef to begin with,” Chandler said.

“I just hope it doesn’t get like oil where we got to pay somebody to take them. And if you can’t get rid of them, cattle will keep growing and they will get big and basically they get sloppy fast. Then they are pretty well worthless. I think the last place they end up going is for dog food. And I don’t think you get very much out of them when they go to dog food.”

The pandemic has also been rough for dairy farmers. I interviewed Balaton dairy farmer Josh Lingen on Jan. 21. It was a cold, windy day when we talked inside his barn about the poor milk prices for the past four years.

“It’s been a tough go,” he told me. But he was optimistic about an ice cream business he recently launched.

“It’s gonna be tough, I’m afraid,” Lingen told me during last week’s phone conversation. “I don’t think there’s gonna be a quick turnaround to this.”

Lingen says he’s losing on average $60,000 a month now. The milk on his farm goes to making cheese.

“The cheese is actually taking a hell of a hit because a lot of these restaurants (shutting down). It’s taken a big toll on dairies. Very costly to the consumer, but we just don’t get paid s— for it,” he said.

“After five years of brutal prices and another year of absolutely, — you know, horrific outcome — it isn’t going to be good.

And his ice cream operation has melted away as well.

“The ice cream business is nothing because there’s no events. So it’s just insane.”

Back on Feb. 19, he expressed some optimism over recent milk prices.

“I was a little surprised by January milk prices. I expected it to be lower,” Stelter told me. “Usually January, February, March are our lowest months as far as generating dollars. The November, December period is usually pretty strong because of the increased usage of cheese. September is usually OK because school starts again. They (schools) use a lot of dairy products.”

Well, as we all know, school’s shut down too, eliminating that major source of dairy income.

And today, Stelter’s expressed no optimism.

“(A) catastrophe like this is going to cause some major problems and this was the year we were going to make this (losses from low prices) up,” he said. “I figured the food industry would be OK on this deal, but apparently they are going to make sure we suffer some more. If it isn’t that I don’t have enough suffering in the last four years.”

Stelter cut the conversation short because he was busy working in his fields. But he still expressed some sense of humor.

“If you need some milk, come out and get some,” he said.

But all three farmers know it will take more than a sense of humor to get through this pandemic.

Like Chandler also told me during our phone conversation:

The truth is, people are still eating. They just can’t go dine inside restaurants right now.

It’s been said that a nation that forgets its defenders will itself be forgotten. We tell the world who we are as ...

Thank you for inviting me to help honor our fallen heroes.  Even though we aren’t able to gather in person, we ...

I didn’t have the gumption to see it through, so I gave up on the project. My wife and I have been doing our ...

I’m not much for travel, even in the outdoors. Though it’s the safest way of getting from point A to point B, I ...