Last year was the first time we visited Lake Herman State Park near Madison, S.D. It was still winter and snow was on the ground. Ross had noticed the railroad village near the park and said that we should come back in the summertime to see what it’s all about.

Well we did head to Madison and to the state park last Saturday afternoon, but by the time we got to the Historic Prairie Village, it was 4:30 p.m. (the place closes at 5 p.m., and last admission is at 4 p.m.) And it happened to be Railroad Days that particular weekend. Oh well, I guess another trip to Madison will be in order so we can see the trains, carousel and village.

The weather was beautiful Saturday, so we did not want to waste the trip or the day. We headed back to the state park, paid the admission fee and found a place to park. Most of the people visiting the park seemed to be on the water, near the water or in the water. I’ll admit, the lake is very alluring, but we were there to hike.

Our first stop was the Luce cabin. When we were there last time, it was closed (well, it being winter and all). So we entered the cabin and noticed that the setup was behind Pexiglass. Ross pressed on something that looked like a doorbell. I don’t know what he was expecting to happen, maybe a narrative of some sort. But there’s information in framed images on the wall and brochures as well. The place does have an interesting history. According to the brochure, in 1855, “a blizzard stranded a young Minnesota Calvary soldier named William Luce in the area that is now known as Lake Herman State Park. He was so impressed with the lakes and the abundant wildlife that when his father, Herman N. Luce, decided to homestead in Dakota Territory, William urged him to settle here.” The Luce home served as post office, land office and hotel. Herman had three wives: Anna, who passed before they moved to Dakota Territory, Mary who died after a fire that happened when she was cleaning the cabin and Martha. He had 12 children. Herman did return to his childhood home in Minnesota, but luckily, the cabin still served a purpose. Several families lived there, and during the 1920s, “the area was a resort called Lake Herman Park. At the time, the resort caretaker lived in the cabin,” said the brochure. Lawrence Welk performed at the resort often, and Susan B. Anthony gave one of her speeches at the pavilion.

Lake Herman State Park was created in 1945. The Luce Cabin has been in its spot since its construction back in 1970-71. “It is the only structure that remains of the tree originally built. The walls are composed of the original oak hand-hewn logs, which were restored in 2004,” the brochure said.

It’s a neat little piece of history, and I liked learning more about the cabin this time around. But it was time to hit the trail. There are great views of the lake as you walk along, but you also go through woods and the prairie — a nice mix of landscapes. We were the only ones on the trail as I’m sure the water was more inviting on that day.

We made fast tracks to Falls Park in Sioux Falls to see Bare Bodkins’ production of Shakespeare’s “Comedy of Errors.” For the last several years, SMSU graduate Jayna (Gearhart) Fitzsimmons has directed the show. A small cast portrays a number of characters using a minimal set and props, quick costume changes, all in the Queen Bee Mill. It’s a great venue for the show, and the actors bring the energy. I’m not at all familiar with “Comedy of Errors,” and I have to admit that I don’t usually understand Shakespeare all that well. But this was a fun show, and the actors leave you laughing with their comedic portrayals. The shows are at 7 p.m. today and Sunday in the Queen Bee Mill at Falls Park. Go and check it out.

It’s no coincidence that the Super Bowl is played during the depths of midwinter. After enduring approximately 27 ...

The arrow barely hung from its tip stuck smack dab in the middle of the blue circle on the large black block 10 ...

District manager Scammers go to great lengths to trick you out of your personal information. We want to help ... 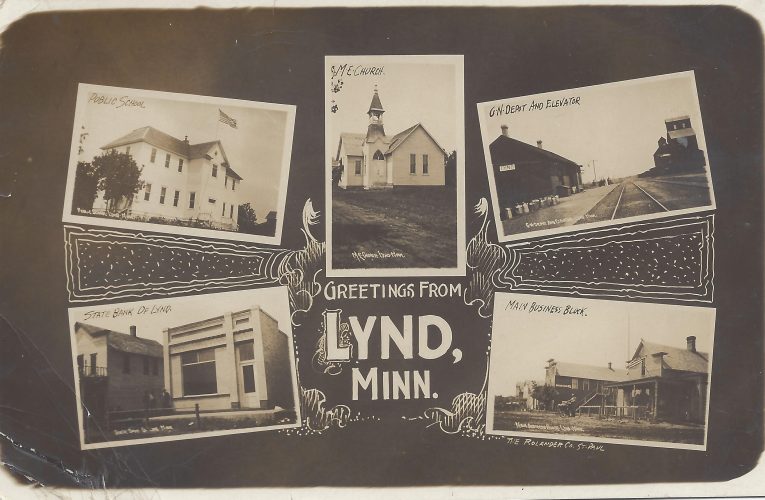