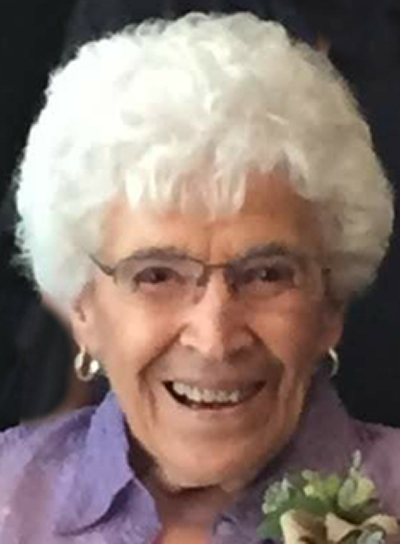 MARSHALL — Mass of Christian Burial for JoAnn Matthys, 86, of Marshall, will be at 10:30 a.m. Saturday at Holy Redeemer Church in Marshall. Visitation will take place on Friday 4-7 p.m. with a 4 p.m. CCW rosary and 7 p.m. prayer service at Rehkamp Horvath Funeral Home in Marshall. Visitation will continue on Saturday 9 a.m.-10 a.m. at the funeral home. Interment will take place following the service at Calvary Catholic Cemetery in Marshall.

JoAnn Kathryn Matthys was born on March 4, 1933, in Canby, to Frank and Isabelle (Jemming) Fry. She grew up near Canby and graduated from Canby High School. On June 18, 1956, she was united in marriage to Andrew Matthys. The couple farmed near Minneota, and later near Marshall, before moving to Marshall permanently. JoAnn was a homemaker and then worked for Shopko before retiring in 2008. She enjoyed gardening, cooking, and baking, and she was a huge Minnesota Twins fan. She especially loved making Christmas goodie boxes for family, friends, and neighbors. JoAnn was active in the church and loved spending time with family and friends. She had a gift for starting a conversation with anyone and just loved to talk.

She was preceded in death by her parents, husband Andrew, infant son, brothers Raymond Fry and Robert Fry, and sister Rosemary Citrowske.

Memorials preferred to Dougherty Hospice House in Sioux Falls, Holy Redeemer Foundation, or a charity of the donor’s choice.