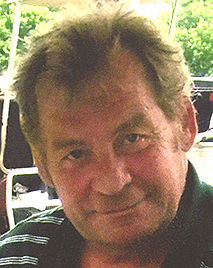 Gary Allan Meyer was born Nov. 30, 1954, to George and Harriet (Swan) Meyer in Slayton. He was baptized on Dec. 19, 1954, in Hadley and was then confirmed on April 26, 1970, in Slayton. He grew up attending school in Slayton, graduating from high school with the class of 1973. During high school and for a time after, Gary worked at the local Jack & Jill Grocery store.

On April 2, 1977, Gary was united in marriage to Peggy Dahl at Christ Lutheran Church in Cottonwood. The couple made their home in Slayton before moving to Willmar in 1979. In 1983, the family moved to Marshall. Gary, the “Bread Man,” spent nearly 34 years driving routes and working as supervisor for Old Home Bread/Sara Lee. He also drove for Old Dutch almost another two years before retiring.

Gary took every opportunity to spend time with his three grandchildren. He enjoyed visiting with friends and family. Gary’s love of camping started in 1989. He spent nearly every weekend at the camper on Lake Sketek since 1991, enjoying time with his family and friends. He liked to tinker on things, fix things as needed, go bowling, and recently enjoyed shows at the Chanhassen Dinner Theater.