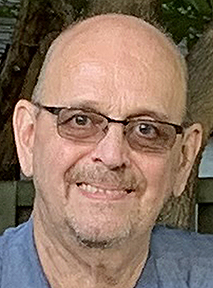 MARSHALL — A Memorial Celebration of Life for Ronald Warnke, 70, of Marshall will be at 11 a.m. Wednesday at First Lutheran Church in Marshall. Visitation will be from 5-7 p.m. today at the Hamilton Funeral Home in Marshall. A prayer service and time to share stories will begin at 6:30 p.m. Visitation will continue one hour prior to the service, from 10-11 a.m., on Wednesday at the church. Arrangements are with the Hamilton Funeral Home in Marshall. Guest book and tribute wall available online at www.hamiltonfh.com.

Ronald Arden Warnke was born on July 30, 1949, in Marshall, to Arden and Eleanor (LaBrie) Warnke. He attended Marshall public school, graduating in 1967. Ron was proud to serve his country as a Marine during the Vietnam War. He went on to work for Viking Coca-Cola and Versa Vend in Marshall where he was employed for over 30 years.

Ron’s enjoyments in life included playing pool, card games, watching all sports, and tending to his well-manicured lawn. He loved to tinker and fix things and always seemed to be building something. Ron was always willing to lend a helping hand and enjoyed visiting with people, often using his great sense of humor to inject one-liners to a conversation. He loved spending time being a special Papa to Deb’s daycare children, as well as his own grandchildren.